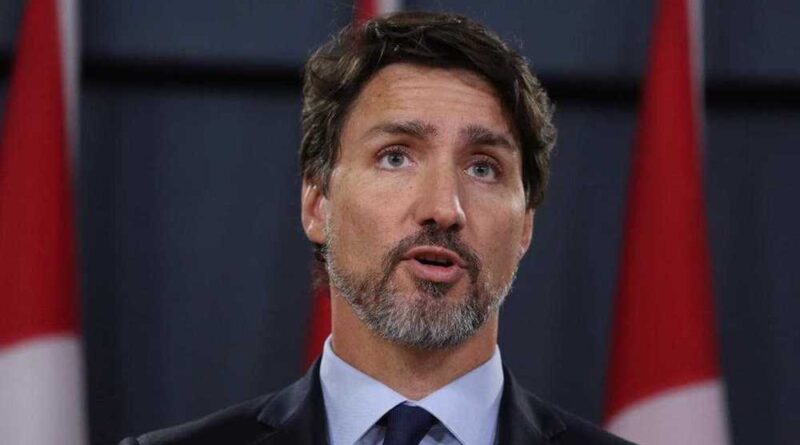 Canadian Prime Minister Justin Trudeau has labeled as a “terrorist attack” the recent killing of four members of a Muslim family who were killed in a “premeditated” vehicle attack in the city of London, Ontario province.

Trudeau spoke in the House of Commons on Tuesday, calling the attack “a brutal, cowardly, and brazen act of violence.”

“This was no accident,” the premier said. “This was a terrorist attack, motivated by hatred, in the heart of one of our communities.”

“They were all targeted because of their Muslim faith,” Trudeau said. “This is happening here, in Canada. And it has to stop.”

On Sunday evening, a driver plowed a pickup truck into a family of five, killing four of them and seriously injuring the other in an attack that targeted the victims because they were Muslims.

The victims were said to be of Pakistan-origin family living in Canada.

Trudeau also turned much of his attention to the nine-year-old boy who survived the attack.

“We all hope the little boy can recover from his injuries quickly, even though we know he will live a long time with the sadness, incomprehension and anger caused by this cowardly Islamophobic attack,” the premier said.

The Leader of Canada’s New Democratic Party (NDP) Jagmeet Singh, for his part, also addressed the assault, saying “our Canada is a place where Muslims are not safe.”

He added that the threat to Muslim Canadians’ safety stems from extreme right-wing ideology, online hate and politicians’ use of Islamophobia for political gain.

“They believe the family was targeted because of their faith, and that the attacker was motivated by his hatred of Muslims,” he said.

RELATED CONTENT: Why Canada Owes Apology to Palestinians for the Nakba

The Muslim Association of Canada has called on authorities to “prosecute this horrific attack as an act of hate and terrorism.”

The suspect, identified as Nathaniel Veltman, was arrested at a mall seven kilometers from the intersection where the attack happened.

The episode brought back painful memories of a Quebec City mosque mass shooting in January 2017 and a driving rampage in Toronto that killed 10 people in April 2018, among others.

“Three generations of Pakistani-Canadians were killed in a brutal act of mass murder for their Muslim faith. This is an act of terror rooted in unspeakable hatred & Islamophobia. Extend our deepest sympathy to the family members & pray for the recovery of the only survivor; a little boy,” he said.