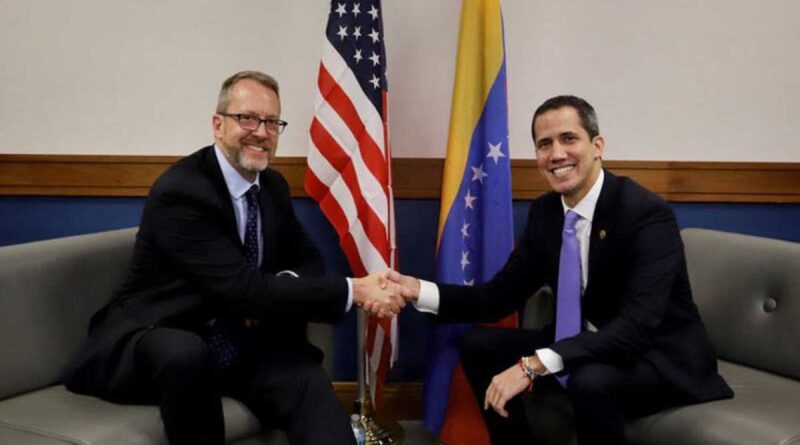 The so-called US ambassador to Venezuela [working from his “office” in Bogotá], James Story, announced that the Venezuelan radical opposition will form a new platform to fight “Nicolás Maduro’s regime.”

The US official did what should have been for the Venezuelan politicians to do, revealing in the starkest way “who’s the boss.”

The name of this umpteenth makeup operation is “New Alliance for Free Elections” or NELA, ruining the null experience of the Frente Amplio Venezuela Unida, which turned out to be a misnomer for what continues to be the worst moment in the history of the Venezuelan opposition.

According to Story, this will be “a platform made up of civil society, various NGOs, a sector of the business community and the G-4 political parties [extreme right anti-Chavismo], who will work together to fight against the regime.”

RELATED CONTENT: Anti-Chavismo ‘in Exile’ Does Not Stop Conspiring Against Dialogue in Venezuela, or How Soros’ Crisis Group is Pushing for Negotiations Without Opposition Extremists

In addition to raising eyebrows as the announcement was made by a US ambassador and not by the self-proclaimed “interim president” Juan Guaidó, it is disturbing that among the sectors allegedly forming this new opposition, the people of Venezuela does not figure.

According to Story’s announcement, the acronym for the new platform would be NELA, a weird combination that does not coincide with the Spanish for “New Alliance for Free Elections”, which is “Nueva Alianza por Elecciones Libres,” and hence the acronym should have been NAEL. But, perhaps due to the fact that everything in Venezuelan anti-Chavismo is “made in USA,” Story named it NELA thinking of “New Elecciones Libres Alliance.” Something like this could be acceptable to Venezuelan anti-Chavismo only.

The same CULO
This foolish rebranding operation reinforces the conviction that in the opposition there are no clear heads for making good acronyms. However, this time the acronym can take a breath of relief by not touching anything like CULO [translated as ASS in English], that Unified Command of the Opposition (Comando Unificado de la Oposición or CULO) which could not even put together a great PEO [fart in Spanish].

RELATED CONTENT: The Fate of the Venezuelan Opposition is on the Table at the White House

But unfortunately for the NELA, according to the details given by James Story, it is all about the same CULO with its insides packed together from the same race of incompetent and ambitious politicians.

For some anti-Chavistas with self-respect, the announcement made by the US ambassador filled them with shame. On Twitter, Enrique Ochoa Antich wondered: “Won’t my friends in the G4 be a little ashamed that a gringo ambassador is a spokesperson for their decisions instead of themselves? It is really pathetic.”

For some opposition politicians, the name change is a way to start from scratch. They are interpreting it as the starter for a new strategy of accommodating themselves in the current political scenario, aiming at the upcoming regional elections, pretending that they are not committing any political contradiction.