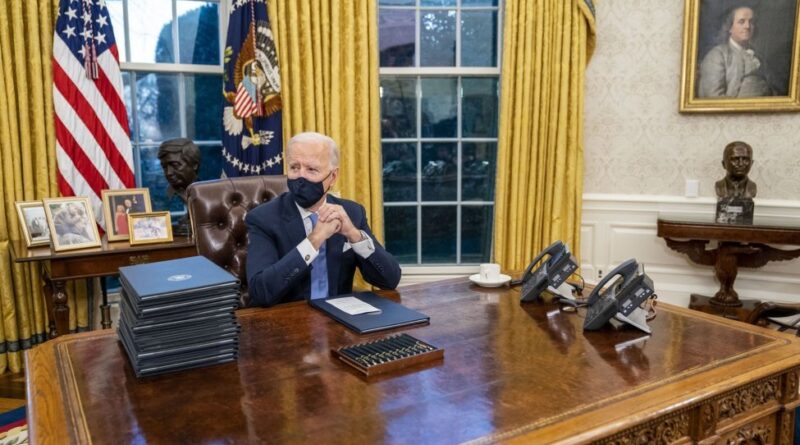 The political scenario surrounding the upcoming elections for governors and mayors in Venezuela encompasses a range of possibilities far beyond the elections themselves.

For those in the political field in Venezuela, the possibility of a détente that could carry with it important repercussions are under discussion. This consists of a partial or total return to the normal electoral politics by the parties and leaders of the Venezuelan opposition who vacated themselves from the most recent parliamentary election.

Beyond that, the possibility of an election with these participants could go a long way to shatter the mantra that in Venezuela “there are no free elections,” which is one of the main criticisms on which the unilateral and coercive measures applied against this country are based. Although the United States and the European Union have taken it upon themselves to put the office of the president into question in an extemporaneous manner, the elections currently in the making will be key for discerning the development of political scenarios.

The opposition strategy of refusing to participate in the elections, now under discussion
Recently Andrés Velásquez, leader of the Causa R Party, revealed that the “interim president” Juan Guaidó asked sectors of the opposition to meet and discuss whether or not to participate in the regional and municipal elections. Velasquez indicated that such participation is under discussion in the Unidad but that no decision has been taken.

“As proposed by President Guaidó, we will initiate a debate about this subject, upon which, for my part, I hope we will arrive at a definitive decision as soon as possible,” he stated in a press conference in Caracas, accompanied by Delsa Solórzano, Freddy Guevara and Biagio Pilieri.

RELATED CONTENT: Wives of 4 Opposition Politicians Must Present Themselves Before Venezuelan National Assembly for Hearings

The leader of the Encuentro Ciudadano Party, Delsa Solorzano, assured the press on her own behalf that the goal is to achieve free elections, with conditions, and that the legality of the political parties should be re-established—“that their colors, symbols, and cards should be returned to the legitimate authorities.”

Prior to these announcements—preceded by prolonged refusals by Guaidó to participate in the elections “called for by adherents of the ideas of Hugo Chávez (Chavismo)”—a delegation from the government of Norway visited, which, as we remember, had attempted to mediate between Chavismo and the opposition forces affiliated with Guaidó in 2019.

At the beginning of February, President Nicolas Maduro announced the delegation’s visit to deal with “affairs of a political-diplomatic nature,” without providing more details. For his part, ex-member of parliament Juan Guaidó confirmed that he had met with the delegation in question regarding “routine affairs” without offering more clues.

Immediately afterward, the Chavistas, currently in a position of absolute parliamentary majority, shared a new cycle of nominations for a new election of electoral authorities in Venezuela with the forces of the opposition within parliament, as well as those outside it and behind the scenes.

Without doubt, there are secrets of the opposition movements that indicate with increasing consistency that those in this political sector who had refused to participate in the elections may now enter the electoral field in a partial or complete way.

It may be useful to consider what the new realities and political pressures on Venezuela are—forces that are pushing the opposition election boycotters to approach the electoral arena. Consider that, in the absence of some parties and leaders in the elections of December 6, a new opposition has emerged, capturing followers from the extinct Mesa de Unidad Democratica and from the 4G (Voluntad Popular, Primero Justicia, Acción Democratica, and Un Nuevo Tiempo) and clearing a path for themselves with their own name and political identity.

The concept of refusing to participate in elections, that has been the hallmark of the followers of anti-Chavista ideas, has exposed some political capital that remains captive and that might be able to participate in a way favoring the 4G parties if these seek regional and municipal office.

In addition to the economic erosion that the country has suffered due to the US blockade, which has shown up electorally in the apathy and low turnout seen in the past December’s elections, it is apparent that the opposition now sees a possible fertile political field in a critical mass who remain apathetic, disillusioned, and sat out of participating in elections for many reasons, among them that of not finding electoral representation.

But the element that has the greatest tendency to push them toward elections, with which they hope to attempt, although they do not expect to be able to unravel the internal political scene, has been the continuance in power of followers of the ideas of Chavez, and with this the failure of the fake government of Guaidó and of the blockade. These strategies, now emphasized and questioned in their evident failure, have been clear features in weakening the consensus that has upheld them.

The European Union no longer recognizes Guaidó as “interim president,” and with the change of administration in Washington it is possible that they may recalibrate their strategy, abandoning the so-called “end to the usurpation of power” and shifting to “free elections,” but with President Maduro in office, thus putting a de facto end to the existence of Guaidó’s claim to the office.

It is also evident that the end of the parliamentary session on which the “presidency” of Guaidó was based had the effect of sidelining him more and more from the international scene; this has been clearly shown by the withdrawal of support for the parallel diplomatic structure in several countries.

Although US Secretary of State Antony Blinken recently held a phone conversation with Guaidó and called him “the interim president,” the Biden administration’s change of tune has been evident with respect to Venezuela. Up to now, at least in the narrative and communications scheme of things, they do not seem to have the same force that the Trump Administration had, and they will surely orchestrate their attack on the pro-Chavez government from a more intelligent and discreet position. All these possibilities are also comprehended in a loss of interest in Venezuela during the temporary absence of an electoral contest in the US that includes Florida as a key factor.

Will they have Washington’s blessing?
It is evident that the Venezuelan opposition to the Chavez ideology is being increasingly pressured by circumstances to call off their plan of boycotting the Venezuelan electoral process. Those of their leaders who are resolved to participate are faced with the need to withstand the internal and external pressures that seek to oblige them to remain with the shipwreck of the “abstaining from elections” plan. However, for them, it will be even more important to provide a channel and some viability to this return to the electoral process without the so-called “end to the usurpation,” under which they have unified as a political mantra, and which they have bet on as a narrative, but which will be very difficult to work with now that it has failed.

But the deciding factor and key element for their return to the electoral process to be credible is the possibility of whether or not they can count on the backing of the United States for their participation in elections, and that is currently a scenario very difficult to foresee.

We must understand that, together with all this, the Venezuelan opposition forces are now struggling with the multi-directional pressure that they have brought on themselves by making themselves second-level political operators after the Trump administration took on leadership and responsibility for the task of overthrowing the pro-Chavez government—without being able to achieve it.

For them, the pressures now come from all sides including the European Union, taking into consideration that recently the EU issued a barrage of coercive measures aimed at officials and leaders, both of the Chavista forces and of the opposition, labeling those of the opposition as “officials of the Maduro regime” for simply having participated in the parliamentary elections. Although these measures were understood to be applied exclusively to those on the list of people being sanctioned, what is clear is that it is quite extensive and that it is intimidating for those in the opposition who might be considering running in elections this year, applying new pressures to them and further tangling the internal political scene.

The possible foreseeable scenarios for this year are strictly non-linear—not straight-forward. They are intricate and complicated by a multiplicity of involved and committed participants and interests. One possible scenario might be that the lack of unanimity among the anti-Chavez forces now on the path of abstaining from elections, or the pressures on them, may result in deepening the divisions among these forces. This would mean that some of them might return to the electoral arena and others would remain as “abstainers” from the electoral process. In this scenario, which might be among the worst, the implication is that the United States and its allies will refuse to recognize the elections and will continue the blockade of Venezuela. This also implies that the abstainer sectors of the opposition would become ever smaller and more alienated from internal politics, becoming exclusively operators for foreign interests, and making the fight against Chavismo nonviable through political channels.

The fate of the opposition forces that abstain from elections, and, with them, a key part of the blocked Venezuelan political scene will not be determined in Caracas but rather in Washington. The new US government has not yet given clear and definitive signals of its intentions with regard to Venezuela.

It is necessary to clarify that the reference to the fact that the fate of the opposition is in the hands of the Oval Office is purely symbolic. The current US president is perhaps not even in physical and mental condition to decide these courses (but that is another topic) and so this is certainly not literally on his desk. In reality, this will be decided behind the scenes of the bureaucracy, the lobbyists, and the strategic analysts, for which the Democrats in power and their tortuous policies are well known.