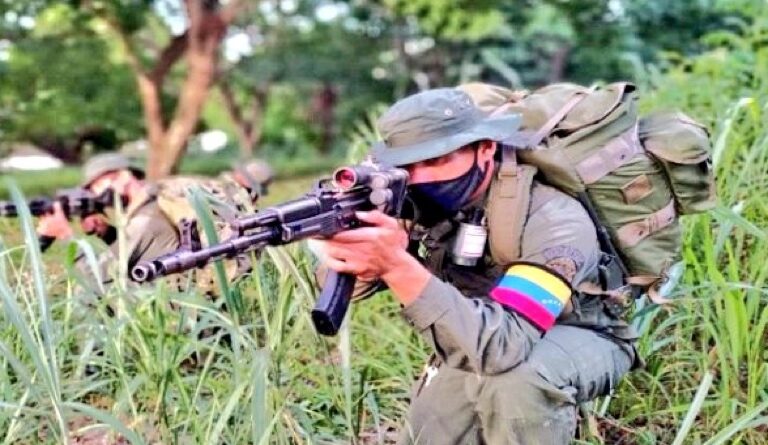 This Saturday, March 27, Venezuelan Foreign Affairs Minister, Jorge Arreaza, alerted Venezuelans and the world that the government of Iván Duque in Colombia is protecting the Colombian paramilitary groups that in recent days attacked a town in the Venezuelan border state Apure and were repelled by the Venezuelan Army (FANB).

In this regard, Arreaza pointed out through his Twitter account, @jaarreaza: “Let’s see: the FANB confronts and expels Colombian paramilitary from Venezuela. They flee to Colombia. No one stops or confronts them there. Bogotá sends military troops to the site. They do not chase them, nor do they capture them. They mobilize troops [only] to protect them. Alert! Let no one be fooled.”

Let's see: Venezuela confronts/expels Colombian paramilitary from Venezuela. They flee to Colombia. No one stops/confronts them there. Bogotá sends military troops. They do not chase them, nor do they capture them. They mobilize troops to protect them. Alert! Let no one be fooled https://t.co/RmtciihUjG

On Tuesday night, armed groups from Colombia attacked the facilities of the Integrated National Service of Customs and Tax Administration (SENIAT) in Victoria, Apure state. The Bolivarian government called these acts an attack on the Venezuelan civilian population and denounced the oligarchic interests governing the Nariño palace (Bogota) that want to start a war against Venezuela.

For his part, the first vice president of PSUV, Diosdado Cabello, through a post on his Twitter account, also accused the Colombian president of protecting armed groups.

“The complicity and collusion between the Colombian narco-government and the Colombian illegal armed groups is evident,” wrote Cabello. “When Venezuela defends its territory, they flee to Colombian soil where the authorities, far from attacking them, protect them. Know it: We will win!!” the post concluded.