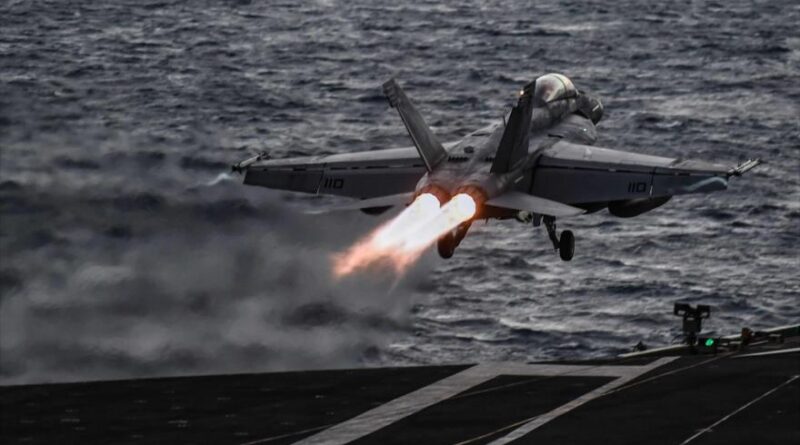 The US Army attacked facilities in eastern Syria, following an order issued by President Joe Biden, reported the Pentagon.

“Under the leadership of President Biden, US military forces carried out airstrikes against infrastructure used by Iranian-backed groups in eastern Syria,” US Defense Department spokesman John Kirby announced today.

Kirby has claimed that the offensives destroyed multiple facilities located at a border checkpoint, used by military groups backed by Iran to fight terrorist groups in alliance with the Syrian government, and that the operation had been authorized to “protect” US personnel and the so-called anti-Daesh coalition, led by USA in Iraq.

The spokesperson added that the initiative was carried out in accordance with diplomatic measures, including consultations with the coalition partners, even though Russian diplomats who commented on this issue said that they were only notified about the attacks five minutes in advance.

Earlier, the British agency Reuters, citing two officials familiar with the matter, confirmed the news, reporting that Washington had attacked positions allegedly belonging to forces allied to Iran in Syria, on the orders of the US president.

For its part, the Telegram channel Saberin News indicated that a US plane attacked an empty building and other facilities belonging to resistance groups combatting terrorism, between Abu Kamal and Al-Qaim on the Syria-Iraq border, killing one person and injuring others—according to initial reports.

The US attack marks Biden’s first foreign military action since he took office as US president on January 20, and comes after several rockets targeted the US diplomatic headquarters in the Green Zone, in the Iraqi capital of Baghdad, on Monday. The attack reminded many of the repeated drone attacks carried by president Obama.

It also arises after a group of unknown assailants attacked the Al-Balad air base on Iraqi territory—where US troops are still deployed—with three Katyusha rockets on Saturday.

The attacks on military installations and US diplomatic occur while Iraqis increasingly raised their voices demanding the departure of the invading US troops. US occupation forces are defying the legitimate Iraqi calls to depart Iraqi territory.

Opposition to the presence of US troops in Iraq has intensified, especially after the US terrorist attack on Iran’s Islamic Revolution Guardians Corps (IRGC) Quds Force Commander, Lieutenant General Qasem Soleimani, the Deputy Commander of Iraq’s Popular Mobilization Forces (PVM, PUM, or Al-Hashad Al-Shabi in Arabic), Abu Mahdi al-Muhandis, and other Iranian and Iraqi military personnel in Baghdad on January 3, 2020.

The assassination of Soleimani, a national hero in the fight against regional terrorism, prompted both widespread local and international condemnations. In its wake, on January 5, 2020, the Iraqi Parliament passed a resolution demanding the departure of all US forces from its soil.

Featured image:  F-18 takes off from the aircraft carrier USS Harry S. Truman as part of a US-led “coalition” mission in Iraq and Syria, May 8, 2018.