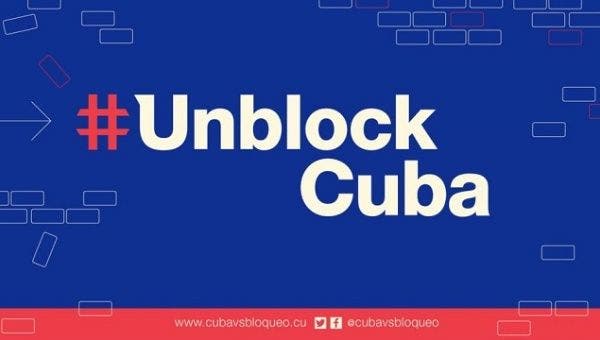 Chicago is the largest U.S. city to pass an anti-blockade resolution to date. However, the pressure is growing within the United States to undo the 59 years old unilateral policy. On February 5, the Senate Finance Committee Chair Ron Wyden introduced a bill to lift Cuba’s blockade.

The Chicago City Council passed on Wednesday a resolution demanding the end of the U.S. blockade on Cuba. Resolution R2020-612 highlights that “Chicago’s citizens, institutions, and businesses are also negatively affected by these added restrictions that violate their right to travel and harm economic opportunities that enhanced trade with Cuba would initiate.”

Chicago is the largest U.S. city to pass an anti-blockade resolution to date. However, the pressure is growing within the United States to undo the 59 years old unilateral policy. On February 5, the Senate Finance Committee Chair Ron Wyden introduced a bill to lift Cuba’s blockade.

#Cuba | The Chicago City Council has passed Resolution R2020-612 calling for an end to U.S. travel and trade restrictions on Cuba. The third most populated city in the United States, Chicago is largest city to pass a resolution of this nature to date. https://t.co/BqIHWzpJFX https://t.co/Q3NNXCy6Jh

Also, the text of the resolution highlights that the “City of Chicago would greatly benefit by the restoration of trade with the Republic of Cuba, through permitting the export of industrial and agricultural products to this neighboring nation of 11 million people and the importation of Cuban products useful to Chicago such as life-saving medicines Herberprot-p and CIMAvax.”

RELATED CONTENT: The Blockade is a Crime Against Humanity

Moreover, “businesses and institutions in Chicago have expressed a very strong interest in providing their products and services to Cuba, importing Cuban products, and cooperating with Cuban institutions in the development of pharmaceuticals and medical devices as well as biomedical research and procedures,” the text highlights.

#FromTheSouth News Bits | Under the slogan "Bridges of Love," more than 500 people of all backgrounds mobilized in Miami, New York, Seattle and Los Angeles against the US blockade against Cuba and demanded the immediate lifting of Washington's brutal coercive measures. pic.twitter.com/Z9fAYHzZUa

The following individuals provided testimony and are available for interviews: Please call 773-539-3476 for numbers.

Academic Director of the Arcus Center for Social Justice Leadership

Health in the Arts Program

University of Illinois at Chicago

Dr. Lisa Brock, Academic Director of the Arcus Center for Social Justice Leadership at Kalamazoo College, who lives in the 19th ward, in the Beverly neighborhood, spoke to the importance of Academic and scholarly exchanges, citing her book Between Race and Empire: African-Americans and Cubans Before the Cuban Revolution which was co-edited with late Dr. Digna Castaneda, a professor at the University of Havana. Brock has hosted Cuban academics and cultural figures here in Chicago, who spent time at Columbia College Chicago, the School of the Art Institute, the University of Illinois and Olive Harvey Community College and has taken study groups to Cuba. “It is so important for us in Chicago and the US to understand what life is like in Cuba and to benefit from collaborative and educational exchanges,” she said.

Felix Masud-Piloto, DePaul University Professor Emeritus, spoke of his numerous trips to Cuba, to visit family and friends, conduct research, to attend professional meetings and to lead groups of students to Cuba. He was in Havana in December, 2014 when President Barack Obama and Raul Castro surprised the world by announcing that after 50 years of hostility and war they would begin a new relationship guided by respect and constructive engagement. But the brief moment of increased travel, economic development and collaboration with Cuba came to a halt with President Trump’s return to cold war policies. “As a Cuban American, I welcome and cheer for the opportunity to travel to Cuba freely without the limits and regulations of the past.” Masud stated.

Noting a history of medical exchanges between the American Public Health Association and the Cuban Society for Public Health, Dr. Peter Orris, Chief of Occupational & Environmental Medicine at UI Health spoke of the importance of open dialogue and exchange of medical research between Cuba and the U.S. “The Resolution before you could play an important role in renewing the demand to allow and support US Cuba scientific and health exchanges especially in this current fight against the pandemic. It will as well emphasize the need to end the failed embargo of Cuba and open up the possibilities for trade and people to people exchanges between our two historically linked countries,” Orris said.

Marilyn McKenna, Education Coordinator for the Chicago Religious Leadership Network on Latin America, described how exchanges between Chicago churches and Cuban churches have focused on humanitarian efforts to relieve the dire economic consequences that the U.S. embargo has had on the Cuban people. Upon learning the State Department goal of the US embargo of Cuba was to bring about hunger, desperation and the overthrow of the government, McKenna explained: “Our faiths called us to act to end the devastating results of the embargo and so our organization joined with the Cuban Council of Churches, the Cuban Catholic Bishops, The Vatican, The World Council of Churches, The US Conference of Catholic Bishops and the National Council of Churches in calling for an end to the U.S. embargo of Cuba.”

Marguerite Horberg, the Executive Director of the cultural center HotHouse, cited the deleterious impact Trump’s visa policies and travel bans and the ongoing embargo have had on international cultural and artistic exchange. Horberg remarked: “For years the inconsistent policies have disincentivized the entertainment and non-profit arts presenting industry from bringing in touring artists from Cuba – a country that is one of the world’s foremost producers of great music and Afro-Caribbean culture. The financial risk has been persistent for all the years I have been doing this”, said Horberg, one of the lead organizers of the local campaign.

David Hinkamp, founder and co-Director of the Health in the Arts Program at UIC School of Public Health, offered examples of collaboration with Cubans which have furthered prevention and treatment of health problems among workers in the visual and performing arts. Through regular travel and exchange a department devoted to art workers was established at the Cuban rehabilitation hospital. However, the trip to Cuba planned for 2020 was cancelled due to drastic travel restrictions imposed by the Trump administration. “Our University of Illinois at Chicago-sponsored programs have offered Cubans and experts from the US and around the world many opportunities to work on common projects in a spirit of collegiality and mutual respect,” he said. He urged the City council to pass the resolution and normalize relations with Cuba.

Featured image: The pressure is growing within the United States to undo the 59 years old unilateral policy. | Photo: Twitter/ @HeidyVilluendas