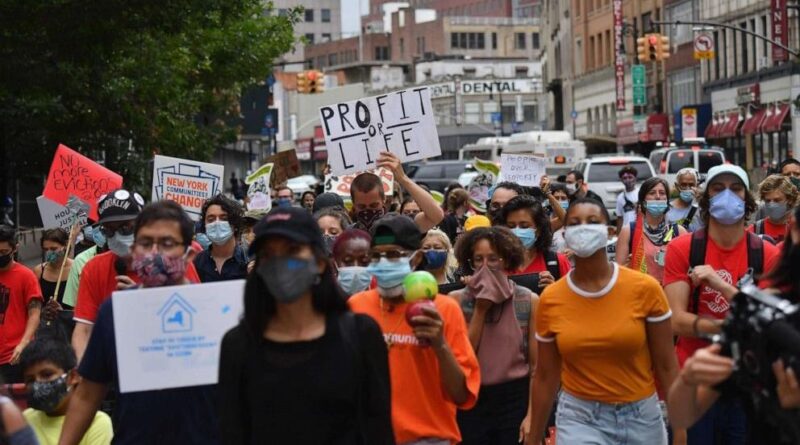 September 17, 2021 (OrinocoTribune.com)—In the US, a working-class revolution and the rule of the proletariat “can only happen through an incremental deconstruction of US imperialism worldwide,” said Rainer Shea in a recent conversation with Orinoco Tribune. “The dismantling of the US empire is going to happen on the peripheries.”

During a discussion with Orinoco Tribune editor Jesús Rodríguez-Espinoza, for an event titled “Propaganda, Corporate Censorship, and the Dictatorship of the Proletariat,” Shea urged US social movements to organize patiently and practice internationalism. He spoke about the prospects for revolutionary change in the heart of the empire ruled from DC.

RELATED CONTENT: The US is Turning Oil-Rich Nigeria into a Proxy for its Africa Wars

“It has already been happening on the peripheries,” noted the writer based in the US state of California. “Whenever the US loses access to markets in places like Bolivia or Venezuela, due to the workers within these countries standing up and winning power, the US empire is weakened, US capital is weakened, and that makes US capital internally, in the core of the empire, in US borders, more vulnerable to an uprising within the US borders. What people like me in the US need to focus on is both building power for socialism, while, at the same time, cautioning ourselves to not go on the offensive before the masses here are ready for a peoples’ war. We need to refrain from going on the offensive until the US empire has been sufficiently dismantled on the peripheries. To help do that we need to stand in solidarity with revolutions like the Chavista revolution, and we can do that by not listening to the dishonest rhetoric about Maduro.”

Rainer Shea is a prolific anti-imperialist writer who has recently been censored and banned by the online publishing platform Medium.com, where he shared many of his essays and articles, and by Facebook. His writings continue to be published by numerous outlets including Monthly Review Online, Internationalist 360°, Hampton Institute, New Cold War, Orinoco Tribune, and on his own webpage rainershea.com. During the interview with Rodríguez-Espinoza, Shea spoke at length about the challenges facing the development of socialism within the US.

“There are more and more people embracing Marxism or coming into a socialistic place where they could conceivably turn into Marxists,” commented Shea. “It is a complicated situation though, because the whole goal of this propaganda, these stories about supposed Uyghur genocide, or about Kim Jong-Un’s so-called dictatorship executing people, is to essentially wage psychological warfare against the US population. Our government, by planting these fabricated atrocity stories about socialist countries, is trying to preemptively prevent us from rising up, by giving us all of these confusing, contradictory ideas about what socialism means.”

Shea likened the US government and US-led mass media’s messaging campaign to “psychological warfare,” and noted the detrimental effect that repeated information attacks against countries that have attempted to delink from the US empire—such as Libya, China, North Korea, Iran, Syria, or Venezuela—has upon organizers and activists in the US itself.

“If most people believe that the only socialist countries out there are actually fascist powers that are committing colonialism, imperialism, and genocide, then obviously you are not going to see too much of a movement towards Marxist-Leninist organizing, or at least the movement towards proletarian revolution is going to be blunted. And that is a reality that I am constantly needing to navigate: the reality that there is this pervasive psychological warfare campaign—essentially a counter-insurgency campaign based off of US counter-insurgency models pertaining to psychological warfare—that is designed to blunt the proletariat’s development towards revolution.”

Featured image: Demonstrators at a “No Evictions, No Police” national day of action against forced evictions by US law enforcement, September 1, 2020, in New York City. Photo: Angela Weiss / AFP via Getty Images