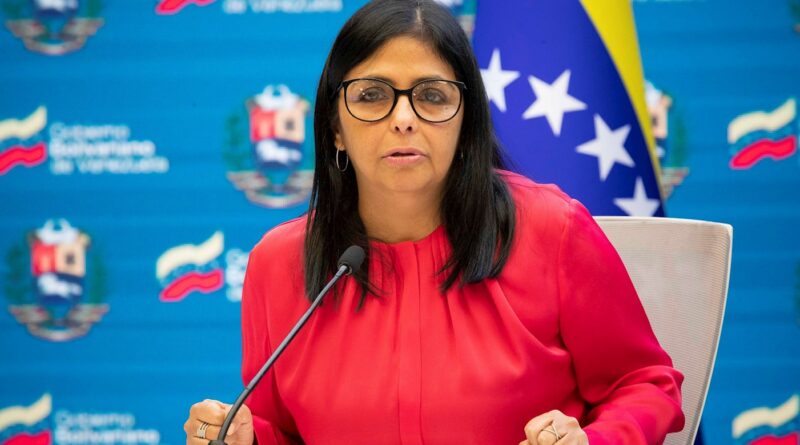 In her role as acting finance minister, the Executive Vice President of Venezuela, Delcy Rodríguez, demanded that the President of Paraguay, Mario Abdo Benítez, pay the debt that Paraguay owes Venezuela, which his country has refused to pay. The debt amounts to more than $360 million.

In a post on her Twitter account @delcyrodriguezv, the Venezuelan vice president said that “as head of the Ministry of Finance, I call on @MaritoAbdo to honor the debt that Paraguay owes Venezuela.” She then expressed her support for the public challenge of President Nicolás Maduro Moros to his counterparts from Uruguay and Paraguay, Luis Lacalle Pou and Mario Abdo Benítez, respectively, to set the date, place, and time for a public debate on democracy.

In her tweet, Rodríguez wrote: “President Nicolás Maduro challenged presidents @MaritoAbdo and @LuisLacallePou to a dialogue on the most relevant issues of our region and essential to the people. As head of the Ministry of Finance, I call on @MaritoAbdo to honor the debt that Paraguay has with Venezuela,” she added.

On Saturday, September 18, President Maduro raised this challenge directly to his counterparts from Paraguay and Uruguay, during his speech at the Sixth Summit of Heads of State and Government of the Community of Latin American and Caribbean States (CELAC), held in Mexico. Only these two presidents, out of over 30 heads of State or their representatives present, questioned the democracy in Venezuela, Cuba, and Nicaragua, following Washington’s script in its destabilization attempts against these governments.