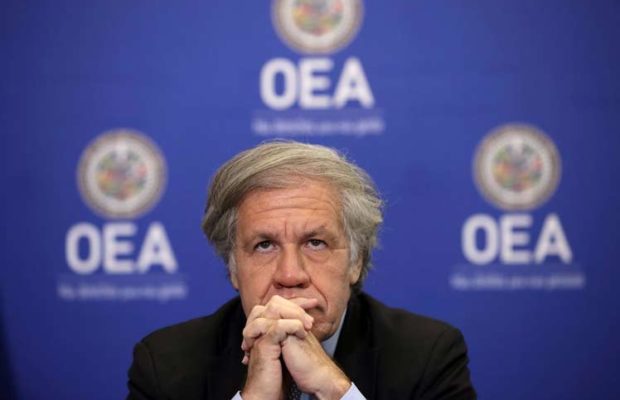 The forced removal of the democratically elected president of Bolivia, Evo Morales, has been recognized by some United States House Representatives as an attack on democracy, orchestrated by the Organization of American States (OAS).

An investigation into the statements and activities of the OAS, considered as a promoter of massive human rights violations, was approved through a historic proposal on July 28 by the US House of Representatives, under the law of Allocation for State Operations and Related Programs.

Jan Schakowsky and Susan Wild, members of the US Democratic Party, led the group of representatives who, since the coup against the democratically elected government of Bolivia took place in November 2019, have strongly questioned the injustice perpetrated on the Bolivian people. Schakowsky and Wild and have brought to the attention of the Congress the truth about the unpunished deeds of the OAS.

Leading statisticians and credible media outlets from around the world have concluded that the OAS’ statements were flawed and lacked factual basis. The Schakowsky-Wild language in the FY22 SFOPS urges the U.S. State Department to seek answers regarding the OAS’ behavior in Bolivia. This language is critical to ensuring that similar attacks on democracy do not occur again.

It should be noted that Luis Almagro, secretary general of the OAS, has been the main agent responsible for the Organization’s attacks on democracy and human rights, not only in Bolivia but throughout Latin America. As the coup was unfolding in Bolivia, Luis Almagro claimed that “the coup in Bolivia happened when Evo Morales committed electoral fraud.” Calling a totally democratic electoral process a “fraud,” Almagro denied the legitimacy of the Bolivian government as it did not correspond to interests of the US and its “ministry of colonies,” the OAS.

Contrary to Almagro’s declarations in November 2019, the then elected president, Evo Morales, declared that “there has been a civic, political and police coup… my only sin is being an indigenous person, a union leader and a coca farmer.”

Almagro unsuccessfully strives to destabilize the region
Luis Almagro has allowed the OAS to be used as a tool for acts that could certainly be labeled as crimes against the peoples of Latin America. It is important to highlight that on numerous occasions Almagro has called for stronger sanctions against Venezuela, and even US military intervention.

RELATED CONTENT: Responsibility to Protect: Analysis of the Subject and its Objectives

Referring to the warlike actions of the head of the OAS against Bolivia, Venezuelan President Nicolás Maduro said after the Bolivian people recovered their democracy last year, “someday justice will come to you [Almagro]… it has been demonstrated that, in Bolivia, Evo Morales won a year ago. There was no fraud, but Almagro shouted fraud to justify a coup.”