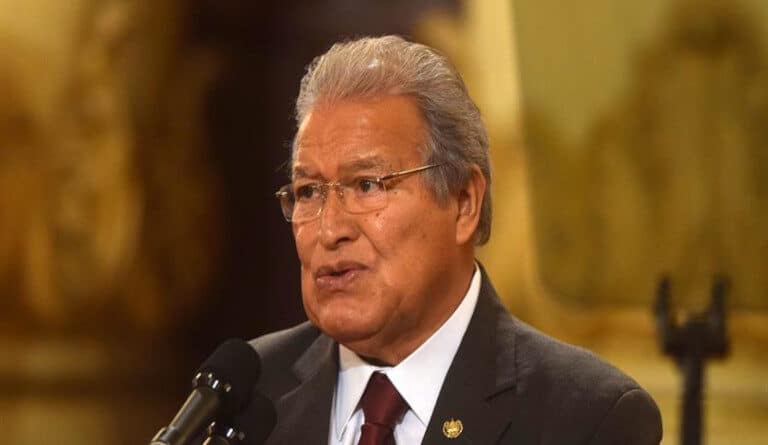 The government of Nicaragua has granted nationality to the former president of El Salvador, Salvador Sánchez Cerén, who is facing persecution in his country of origin for alleged crimes of corruption for which no evidence has yet been revealed.

According to a government resolution on Migration and Immigration published by Nicaraguan official daily La Gaceta, “Nicaraguan nationality has been granted to citizen Salvador Sánchez Cerén, originally from El Salvador” who has complied with the requirements and formalities established in the Nicaraguan Constitution.

On Wednesday, July 28, El Salvador issued an international arrest warrant for former President Sánchez Céren (2014-2019) and other officials from his administration for alleged crimes committed against the Salvadoran State. Sánchez Cerén has declared that this is an act of political persecution against him.

Sánchez Cerén is the second politician of El Salvador to receive Nicaraguan nationality, after it was first granted in 2019 to former president Mauricio Funes. Both Funes and Sánchez Cerén are members of the Farabundo Martí National Liberation Front (FMLN) party.

Salvadoran President Nayib Bukele, who came to power in 2019 after two decades of rule by the right-wing Nationalist Republican Alliance (ARENA) and eight years by the FMLN, recently got into a Twitter feud with Venezuelan Foreign Affairs Minister Jorge Arreaza, when the latter expressed concern over the persecution of FMLN members.

The FMLN general secretary, Óscar Ortiz, has lamented that, regarding the judicial decision on the prosecution of FMLN party members, “the possibilities of countering the structure of evidence, that from the beginning were presented with a series of irregularities, are now closed.”

The provisional detention of these accused former officials has been established for a period of six months, while the prosecution will provide the incriminating evidence and the process that began on July 29 will come to a close.