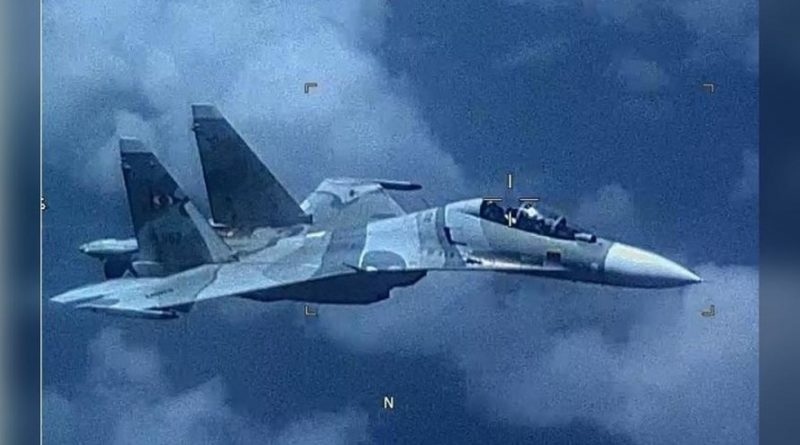 A Venezuelan Su-30 fighter “aggressively shadowed” an American spy plane over the Caribbean Sea, the US military said, claiming the jet was at an “unsafe distance” and blaming Russia for its “irresponsible” support for Caracas.

Footage of the Russian-made Su-30 aircraft approaching a US EP-3 reconnaissance plane was released by the Southern Command on Sunday. The US military said the incident took place over the Caribbean Sea on July 19, but did not indicate how close the EP-3 was to the Venezuelan border, stating that the planes were in international airspace.

The actions of the Venezuelan plane were “jeopardizing” to the US aircraft and its crew, Southern Command said, claiming it was at an “unsafe distance.” The Su-30 does not seem to have any visible weaponry, however planes of the type usually come fitted with an internal autocannon.

RELATED CONTENT: Anti-Chavista Deputies want to Modify AN Regulations to Get Rid of Guaidó

The tweet comes after Venezuelan Defense Minister Vladimir Padrino accused the US spy plane of entering the Flight Information Region (FIR) Maiquetía, controlled by the country, without authorization. This violated the rules of the International Civil Aviation Organization (ICAO), and “constituted an aeronautical risk for other aircraft,” Padrino said.

Brief footage showing the US spy plane –apparently captured from the Su-30 – was released by Venezuela.

Since the Venezuelan plane was Russian-made, the US military did not hesitate to blame its favorite bogeyman – Moscow – for the incident. It is proof of “Russia’s irresponsible military support” for the Venezuelan government, as well as of President Nicolas Maduro’s undermining of “efforts to counter illicit trafficking,” the military said.

The US military would unlikely give such a bold evaluation of the incident if its spy plane had run into an F-16, which the Venezuelan military has in stock as well. Russian Su-30s were purchased by Caracas in the mid-2000s, in the Hugo Chavez era.