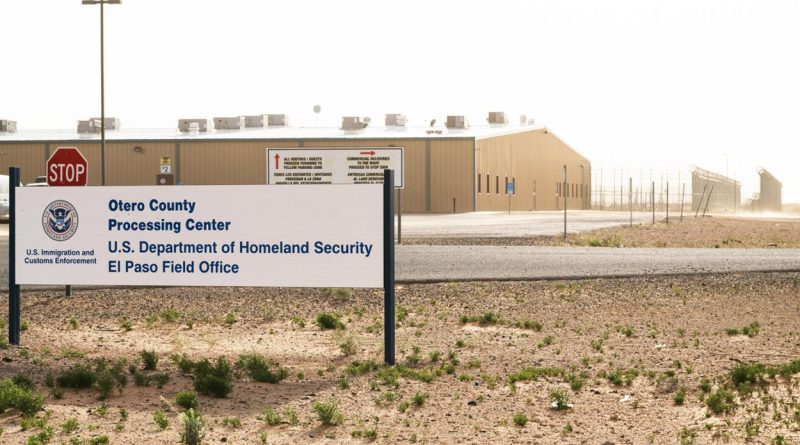 Four Indian men have refused to eat since July 8 in hopes of being released while their cases are heard.

Another group of Indian asylum seekers held at an immigrant detention center in El Paso say they’re willing to carry on with a hunger strike even if it leads to their deaths. The four men are seeking to be granted bonds so that they can be free while appealing their deportation orders.

“If I go back to India, I will be tortured and killed. I can die here,” Kumar Ajay, 33, told Texas Monthly.

Another man, who asked not to be identified because he doesn’t want his family to know what he’s doing, said he was desperate to get out of detention. “I want to go outside. I want to watch freedom,” he said.

RELATED CONTENT: Antiwar Organizing Could Soon be a Crime in NJ! (Coming Soon to Your State?)

It’s the second time this year that Indian men have undertaken hunger strikes at the El Paso Processing Center, an Immigrant and Customs Enforcement facility. In both instances, the men began their hunger strikes at the Otero County Processing Center, a New Mexico detention facility run by MTC, a for-profit company, and then were transferred to El Paso, where they resumed their protest. In the case of the new group of hunger strikers, they had been at the Otero facility for more than a year, before they were transferred to El Paso on Wednesday night. They last ate on July 8.

ICE spokeswoman Leticia Zamarripa confirmed the hunger strike but said she couldn’t identify the men because of privacy concerns. She said ICE “fully respects the rights of all people to voice their opinion without interference. ICE does not retaliate in any way against hunger strikers.”

Otero was the site of 93 hunger strikes in 2018, according to an inspection report.

The report didn’t clarify what was meant by “certain nationalities,” and Zamarripa didn’t respond to questions about it. The inspection was conducted by a private contractor, the Nakamato Group, which has been criticized for cutting corners and filing inaccurate reports.

Earlier this year, nine Indian hunger strikers who’d been moved from Otero to El Paso were force-fed for up to two weeks. The force-feedings were authorized by federal judges, but the entire case files of those orders remain sealed, hidden from public view.

The United Nations Office of the High Commissioner for Human Rights warned that force-feeding the men could violate the U.N. Convention Against Torture. Two of those hunger strikers told Texas Monthly that the force-feeding was a painful and degrading process. Seven of the men abandoned their effort after the force-feeding ended in mid-February, but cousins Jasvir and Rajandeep Singh continued until mid-March, a total of 74 days. Those two were the only members of the group granted bonds.

The latest Otero hunger strikes began because the men were frustrated and angry that more than eighty other people in the 1,000-bed facility were granted bonds in late June, said Nathan Craig and Margaret Brown-Vega, members of Advocate Visitors with Immigrants in Detention (AVID) in the Chihuahuan Desert. The pair have met frequently with the hunger strikers, who are a mixture of Hindu, Christian, and Sikh men.

Craig said rulings by the Bureau of Immigration Appeals have made it almost impossible for people detained immediately after crossing the border to qualify for bonds.

“There are nine objective things that they evaluate. How long has the person been in the country? Have they been employed? Do they have assets in the country? In many of these, if you’re what the government calls an arriving alien, there’s no way you can have these work as a positive factor,” he said.

Bonds can be granted by an immigration judge or by ICE. Unlike bonds in criminal cases, detainees are required to put up 100 percent of the amount of the bond.

The Immigrant Family Defense Fund reports that the number of bonds offered by ICE has jumped dramatically in recent months as the immigration system has struggled to cope with large numbers of Central American migrants crossing the border.

In the third quarter of 2018, just before the Central American migration surge began, ICE offered fewer than five hundred bonds over three months. In the next three quarters, ICE offered more than a thousand bonds in each quarter, according to the Immigrant Family Defense Fund, citing records from the Department of Justice’s Executive Office for Immigration Review.