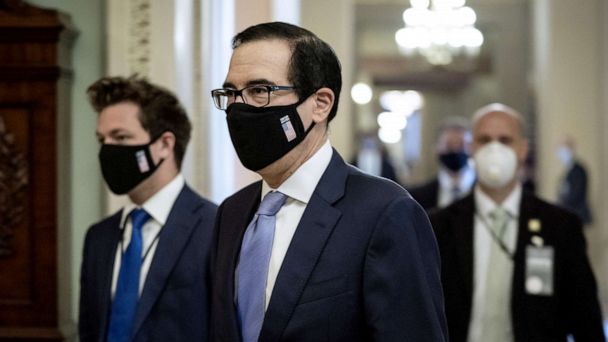 The US government announced this Thursday, July 23, economic sanctions against two “trusted partners” of Nicolás Maduro Guerra, the son of the Venezuelan president, Nicolás Maduro, for allegedly offering support to the “corrupt activities” of the “illegitimate regime” of Venezuela, including the gold industry.

Both are — according to the US regime — “trusted partners” of President Maduro and his son, and are dedicated to distributing “assets of the president throughout the world, while acting as frontmen for their businesses.”

The United States considers the two sanctioned Venezuelans, along with Maduro’s son, to be “central figures” in the Venezuelan gold industry through the illicit sale of the precious metal.

“In real terms and not in the US discredited narrative this might really mean that this individuals are helping the Venezuelan government with gold operations in international markets trying to circumvent illegal US sanctions aiming at suffocating the Venezuelan population with the only aim at putting their hands in Venezuela’s mineral richness,” an international analyst told Orinoco Tribune.

As a consequence of the measure adopted by the Treasury, assets that may be under US jurisdiction are blocked and any type of financial transaction with US entities is prohibited.

This Wednesday, the US Secretary of State, Mike Pompeo, announced a reward of $5 million for information that leads to the arrest and prosecution of the president of the Supreme Court of Justice (TSJ) of Venezuela, Maikel Moreno, evincing the desperation in Washington to produce some change in Venezuela after numerous failures.

The United States was the first country in the world to recognize the head of the National Assembly (AN, Parliament), Juan Guaidó, as interim president last year and, since then, it has tried to oust Maduro with economic sanctions that only affect millions of ordinary Venezuelans.

“The level of absurdity from the White House is lame, they only need to put a bounty on the Minister of Health, on the Attorney General and on the new President of the Electoral Council, too, to have the first case in human history of a whole State sanctioned allegedly for corruption and drug trafficking when in reality everyone knows that we are facing a destined to fail regime change operation that is sadly killing thousands of Venezuelans,” added the analyst.

Featured image: Mnuchin as the criminal he is, wearing his mark. Courtesy ABC.