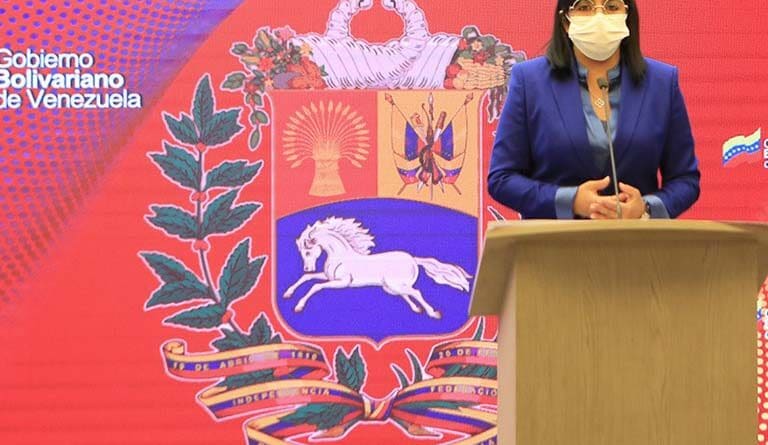 The Executive Vice President of the republic, Delcy Rodríguez, reported this Thursday that a total of 449 new cases of Covid-19 were detected in the last 24 hours in the country, 438 of community transmission and 11 imported cases, 10 of them are compatriots who arrived from Colombia and one from Peru. With these figures Venezuela reaches 13,613 people infected in the outbreak.

She stressed that Venezuela registers 7,752 recovered cases, which is equivalent to 57 percent of the total patients.

The vice-president explained that the new cases of community transmission are geographically distributed:

Rodríguez warned of the increase in cases in the Capital District. “It is time to become aware, the virus is circulating in the capital, in 22 parishes.”

She detailed each of the parishes in Caracas where new cases of the virus were detected this Thursday:

The vice-president reported the death of five people from the Covid-19 infection:

The number of fatalities rises to 129.

She specified that to date there are 5,732 active cases. It is known that of them, 4,649 are admitted to hospitals, 980 to Comprehensive Diagnostic Centers (CDI), 103 are in private hospitals.

As of this Thursday in Venezuela, 1,470,678 tests for screening have been carried out, which is equivalent to 49,023 tests per million inhabitants.

On the other hand, Rodríguez reported that 71,988 compatriots have entered Venezuela through the PASI. To date, there are 3,857 positive cases that have entered from Colombia.

She remarked on the importance of actively maintaining prevention regulations to avoid the massive spread of cases in Venezuelan territory.

In this regard, Rodriguez referred to the new relative normality of which Tedros Adhanom, current president of the World Health Organization (WHO), says, assuring that Venezuela will maintain the 7 + 7 reopening scheme, “we will continue with that formula for 7 days of quarantine and 7 for flexibility”, emphasized Delcy Rodríguez.

“We have a role to play in protecting ourselves and protecting others, keeping a meter of distance between one person and another and persistently washing with soap,” recalled the Executive Vice President of the Republic.

Finally, she stressed, the work of young Venezuelans at the forefront to create a global movement that proposes health as a right and not as a privilege, “it is the global movement for health,” said Delcy Rodriguez.