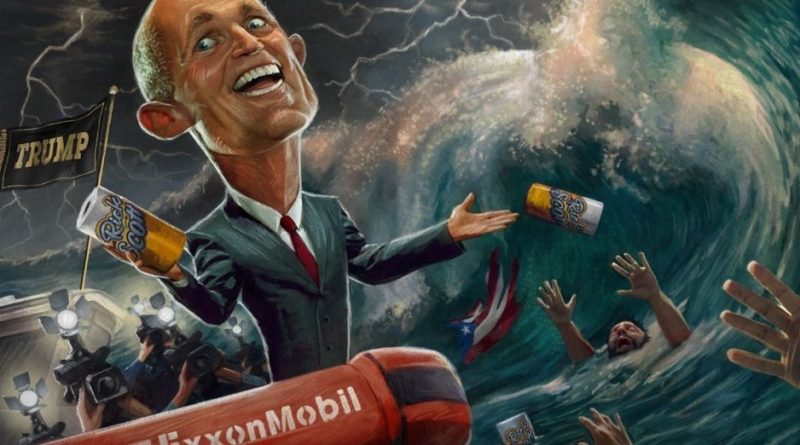 Extreme right wing United States Senator Rick Scott warned on Wednesday, through his Twitter account, that if an American is injured after the re-detention of six Citgo executives in Venezuela there will be “severe consequences.”

“We will do everything possible to protect our citizens and defend freedom and democracy in Venezuela. WE ARE WATCHING,” he wrote pointing at an AP news piece referring to the “roundup of the six executives enjoying house arrest since last December.

Reports show that @NicolasMaduro has detained the #CITGO6. Maduro & his thugs should know that there will be SEVERE consequences if any Americans are harmed.

We will do everything in our power to protect Americans & stand for freedom and democracy in VZ. WE ARE WATCHING. https://t.co/mtl3Yj29sz

Prosecutors accuse the men of maneuvering to benefit from the proposed deal.

“If a right winger like Scott and the AP, among a long list of MSM, are making this noise about this incident, one can easily assume that the US and the former executives might have been planing an extraction,” an analyst said to OT.

“It is understabdable why the US is so worried about these Venezuelan executives (some of them naturalized US citizens), accused of wrongdoing, while working for several years as CITGO executives for the Venezuelan socialist government the US government hates so much. One can only infer that those executives might have deep ‘relations’ with US intelligence,” added the analyst.

According to the AP news piece, “Alirio Zambrano said early Thursday that the executives of Houston-based Citgo were abruptly taken from their homes last night by the SEBIN intelligence police. Zambrano, the brother of two of the six detained men, said their current whereabouts are unknown.”

OT notes that news about the summons of these former CITGO executives was replicated by Reuters, Aljazeera, CNN, Washington Post, DW, The Hill, among others.