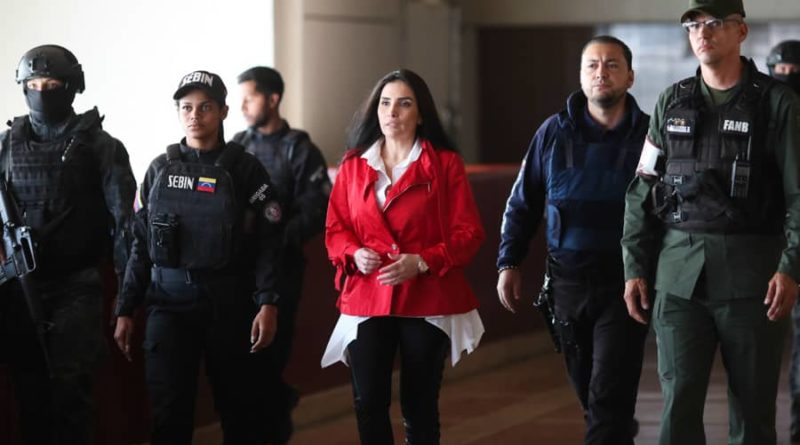 Former Colombian congresswoman Aída Merlano said Thursday that Colombian President Iván Duque is chasing her to assassinate her. “I apologize for entering the country like this, illegally,” Merlano said during her statement at a special hearing held at the Palace of Justice, in Caracas, where she said she was set up so that the leaders of the Colombia’s traditional politics could continue doing their “work”.

RELATED CONTENT: Who is the Former Colombian Congresswoman Aida Merlano?

She stressed that the purchase and sale of votes is the policy within the Colombian Senate. “I witnessed high sums of money delivered in presidential campaigns, such as Alvaro Uribe’s,” she said. Merlano was captured on January 28 in Zulia state by the Special Actions Forces (FAES). The former congresswoman, a fugitive from Colombian, escaped from the authorities in October 2019 while attending a medical appointment. In 2018, she was sentenced to 15 years in prison in Colombia for corruption and illegal possession of weapons, after having participated in the practice of buying votes.