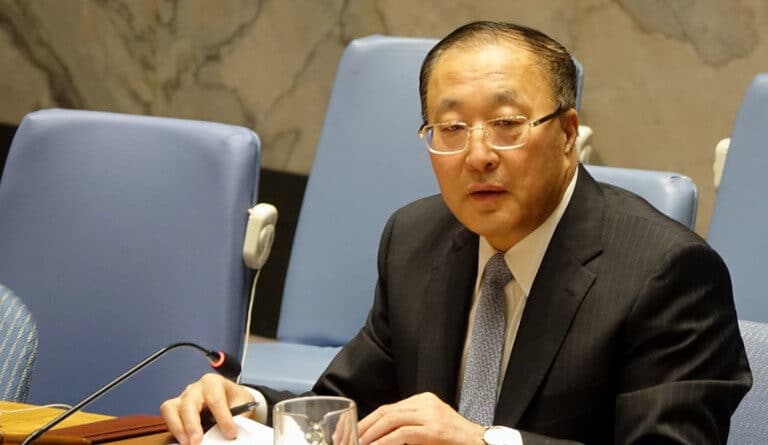 China’s permanent representative to the United Nations, Zhang Jun, denounced the absence of the United States and other Western countries at the UN’s commemoration of the 20th anniversary of the Durban Conference against Racism. The Zionist state of Israel called for a boycott to the commemoration.

Zhang called these actions a “shame” and questioned the sincerity of the boycotting countries in the fight against racism.

“This only raises more questions about their sincerity in the fight against racism and their willingness to participate in international cooperation against racism,” Xinhua stated. “We call on the relevant countries to face reality, listen to the voice of the international community, and carry out a serious examination of conscience.”

These countries, according to the Chinese envoy, should take concrete steps to fully and effectively implement the Durban Declaration and Program of Action, prohibit the spread and provocation of racist rhetoric, fundamentally improve the livelihoods of ethnic minorities, and seriously protect the human rights of all, including those of ethnic minorities in an effort to build a world of equality for all.

Zhang pointed out that all parties at Wednesday’s high-level meeting agreed that racism is a deep-seated global problem left over from the past and has caused a lot of problems, including inequality, oppression, and marginalization.

Meeting participants called on the international community to seize the opportunity to use this high-level meeting to fully and effectively implement the Durban Declaration and Program of Action for the complete elimination of racism and racial discrimination.

The meeting was attended by the UN Secretary General, António Guterres, the President of the 76th session of the UN General Assembly, Abdulla Shahid, as well as heads of state and government and ministers from more than 60 countries.