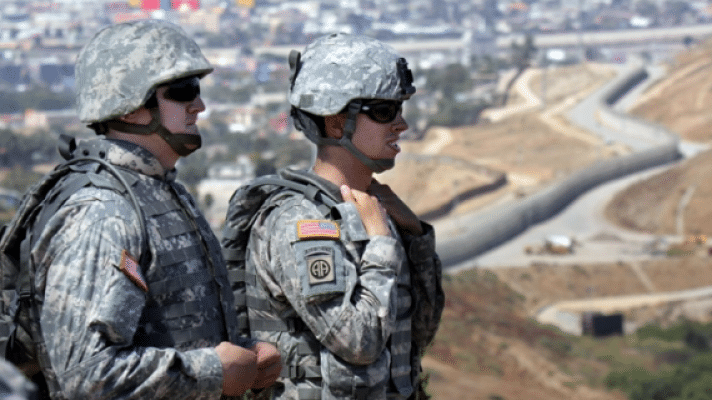 US military forces trained Mexican drug cartels that committed beheadings, torture, and rapes. This was reported in detail in a recent article by researcher Zach El Parece, published by Covert Action Magazine.

The Los Zetas cartel, which in its beginnings was the armed wing of the Gulf Cartel [Cartel del Golfo], is one of the most notorious examples of the relation between the US military and drug trafficking in Latin America, although the presence of US military and military bases in multiple Latin American countries has been justified so as to combat said scourge.

The Mexican Airborne Special Forces Group (GAFE) is an elite unit of the Mexican military that was formed in 1986 for the purpose of covert operations. Among its assignments, beginning in 1994, were the brutal combats against the Zapatista National Liberation Army (EZLN) in Chiapas. The rebels captured by GAFE were assassinated, mutilated, and discarded on river banks, “the sort of spectacular exhibitions of violence for which the Zetas would later be known,” writes El Parece.

Between 1996 and 1999, around 500 GAFE members received training from the US 7th Special Forces Group (SFG), a section of the so-called Delta Force which focused on unconventional warfare, counterinsurgency and counterterrorism in Latin America.

The 7th SFG trained these GAFE soldiers in “anti-narcotics” tactics, within the framework of the national security agenda of the North American country, designed after the Cold War.

In his article, El Parece commented that, as an “ironic consequence of the corrupting influence of the cartels,” defectors from the GAFE ended up joining “one of the most infamous and brutal drug-trafficking organizations in history: Los Zetas.”

In 1997, the same year that the Pentagon’s Center for Hemispheric Defense Studies was created, Arturo Guzmán Decena, a GAFE member better known by his alias “El Zeta-uno” (Z-1), defected along with other members of the Airborne Special Forces and began to work for the head of the Gulf Cartel, Osiel Cárdenas Guillén.

RELATED CONTENT: 175 Years of Border Invasions: The Anniversary of the US War on Mexico and the Roots of Northward Migration

According to this former hit man, the criminal group used US Special Forces to train its recruits. There was “a group of elite Marines, there were Navy from the United States, there were Delta Forces, there was everything there,” he mentioned in the interview.

Currently, the CJNG is the most feared paramilitary group in Mexico, best representing the functioning of this type of organizations in the country. “Their propaganda videos often feature groups of masked men bristling with enough small arms to make them formidable against even conventional armies,” notes El Parece.

The United States has allocated more than $1.6 billion, as part of the Mérida Initiative, for the openly stated goal of combating drug trafficking in Mexico. However, this has had the opposite effect: part of that money has ended up financing the elite Special Forces that have provided training to members of the drug-cartels and paramilitaries.

Featured Image: US special forces taught the founders of Los Zetas cartel the “art” of torture and murder. File photo.