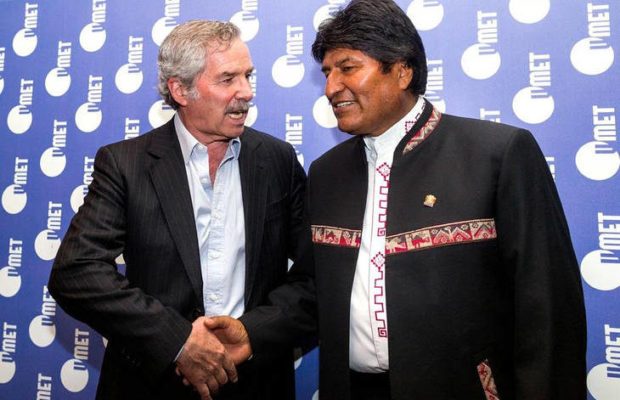 Representatives of the United States Embassy requested Argentina’s Foreign Minister Felipe Sola not allow “abuses” on the part of Bolivian ousted President Evo Morales; they also expressed their concern for the conference that would be held among members of the Bolivian leader’s party MAS in Buenos Aires on Dec. 29.

Spokespeople of the U.S. delegation told international media that they expected “good neighbor behavior” on behalf of the Argentinean administration, expressing their discomfort with the event that would be headed by Morales with members of his party in Buenos Aires on Sunday.

Argentina’s Foreign Minister Felipe Sola met with a delegation of the U.S. embassy at their request. However the representatives of the Argentinean Foreign Ministry made it clear Argentina is not going to respond to the statement issued by the U.S. Embassy and confirmed that Evo Morales is going to be allowed to go on with his political activities in the country.

The democratically elected President, overthrown on November 10, confirmed his meeting with members of his party MAS on Sunday in Buenos Aires.

This meeting is to start the process to choose a presidential candidate that would represent MAS in elections whose date has not yet been set by the de facto government headed by Jeanine Añez.