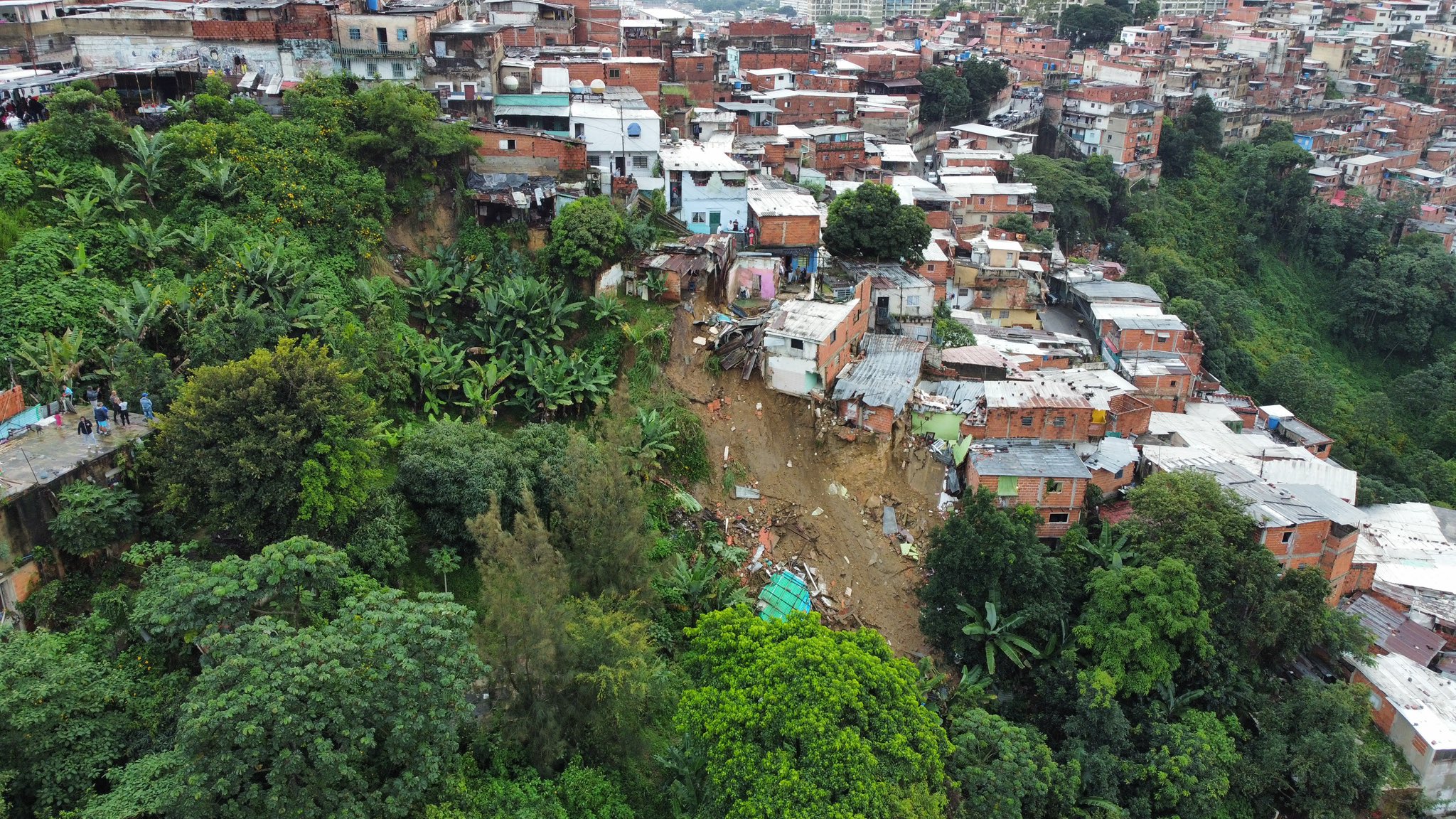 View of the area affected by torrential rains in Catia, Caracas, this Saturday, October 29, 2022. Photo: Twitter/@Jhonny_PSUV.

During the early hours of this Saturday, October 29, 20 families from Los Frailes de Catia, west of Caracas, were transferred to a shelter after eight houses in the neigborhood collapsed due to heavy rains in recent hours.

The information was released by the head of the government of the Capital District, Nahum Fernández, who wrote in a Twitter post that he went to Los Frailes de Catia at dawn this Saturday to directly supervise the emergency response for those affected families after the collapse of their homes.

“Our teams transferred 20 affected families to a preventive shelter immediately and safely,” he reported.

“In the early hours of the morning we went to the Los Frailes de Catia sector, where eight houses collapsed due to heavy rains. Our teams moved 20 affected families to a preventive shelter immediately and safely,” he wrote in the Twitter post.

In the afternoon hours Venezuelan Vice President Delcy Rodríguez and the president of Parliament, Jorge Rodríguez, visited the area to supervise the work of the first responders and emergency response teams. Despite all the constraints generated by US and European blockade, the Venezuelan government have responded decisively to many calamities in recent weeks that were caused by unusual and prolonged rains, that many see as a result of climate change resulting from the ferocious destruction of the environment in the capitalist Global North.

Database created of homes at risk
Fernández reported that during his visit to Catia he carried out an inspection of the territory, house to house, in order to create a database on all the homes at risk.

“The aim is to preserve life and accompany the people in their struggle,” he said.

“We carried out a house-by-house inspection throughout the territory, to create a database on all homes at risk. The intention is to preserve life and accompany the people in their fight. They are not alone!” he wrote on Twitter.

Disaster prevention has improved significantly in Venezuela since the arrival of President Hugo Chávez, but many Venezuelans in recent days have complained about many locations that the government have declared previously as not habitable, being used by many to build their homes despite the risk, and have criticized the government for not transferring those people earlier to avoid the death of vulnerable Venezuelans.

The people of Caracas are not alone
Fernández, in a video published through his Twitter account, stated that “the work we have is to protect them in a school shelter and spend the night and then go house to house and review the risks.”

Fernández added that as a second measure, more families were evacuated from the sector and transferred to a preventive shelter. “We evacuated them and they will spend the night in shelters,” he stated.

The third measure is the house-by-house inspection. In this regard, Fernández explained that the houses from which people were evacuated will be demolished, “so that later they do not live there again and put themselves at risk.”

“We are together, no one is alone in this, that is how the president of the Republic, Nicolás Maduro, instructed us,” said Nahum Fernández.

Climate calamity
This Friday afternoon continuous rains were recorded throughout the Venezuelan territory, due to the presence of a low pressure zone in the Caribbean Sea, which is expected to exit the country and become a tropical depression in the next few hours, according to forecasts from the National Institute of Meteorology and Hydrology (INAMEH).

In this situation, the Venezuelan government and the different emergency response and citizen security agencies remain active to provide immediate attention to families affected by the rains.

For this Saturday, INAMEH forecasts light rain or drizzle in the morning hours, while heavy rainfall or showers are expected in the afternoon, accompanied by thunderstorms, in most parts of the country.