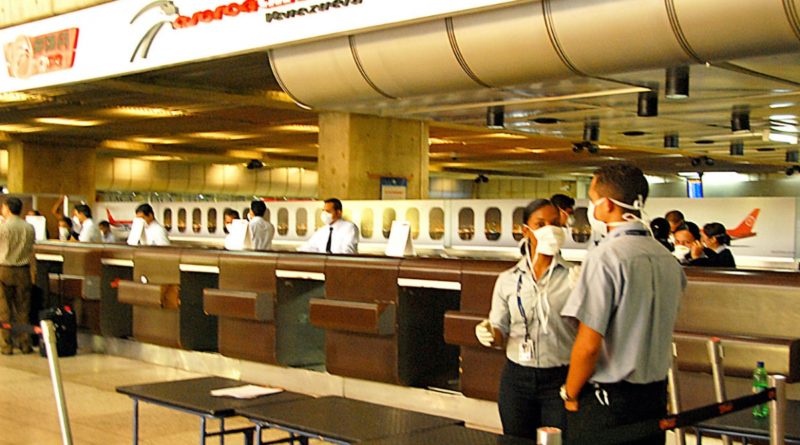 No cases have been confirmed in the country so far, but fears concerning the capacity of Venezuela’s sanctions-battered health system to respond remain.

Mérida, March 2, 2020 (venezuelanalysis.com) – The Venezuelan government has announced that it is taking action to prevent the coronavirus outbreak from spreading to the country.

A series of measures have been unveiled since Thursday after reports indicated that the COVID-19 virus was spreading across Latin American countries. At the time of writing, the World Health Organisation reports five confirmed cases in Mexico, two in Brazil and one in the Dominican Republic and Ecuador respectively, with no virus-linked deaths registered.

On Monday, Venezuelan health authorities informed that the country continues to be coronavirus-free. They had previously clarified that a suspected infection was ruled out after the patient tested negative for the contagious virus.

On Friday, President Nicolas Maduro announced that the Operational Centre for Health Emergencies and the National Biosecurity Committee are to both be activated. A presidential commission led by Vice President Delcy Rodriguez is also to be formed to coordinate efforts against the virus, which the president described as “a threat for humanity.”

To help prepare local treatment facilities, Health Minister Carlos Alvarado similarly informed that the Pan-American Health Organisation (PAHO) has donated diagnostic kits and other materials. Specialist doctors are also reportedly being trained and “at least” one hospital in each state has been identified to deal with any potential outbreak.

As preventative measures against an outbreak, epidemiological controls have been initiated at all of the country’s land, sea, and air borders, and special checks are being applied to citizens arriving from China, with which Venezuela has extensive commercial and political interaction.

Additionally, a government-led information campaign has been launched using official websites and social media accounts to educate the population about symptoms and preventative measures.

Health officials have also been visiting schools in the Caracas district, and government representatives have urged communal councils to assist in preventative tasks.

Finally, authorities have urged the population to remain calm and warned against rumour-mongering on social media, with the Communications Ministry meeting with national press outlets on Friday to coordinate educational efforts.

While pharmacy shortages have improved over the last twelve months, inflation continues to limit Venezuelans access to private-sector medicine and treatment. Meanwhile, most public healthcare centres suffer from deteriorated infrastructure and a lack of medical supplies.

The Trump administration slapped Venezuela with financial restrictions in 2017, effectively cutting off the country’s access to global credit markets. In April 2019, Venezuela’s Central Bank was blacklisted, and an August 2019 general embargo proceeded to prohibit all transactions with the Venezuelan state, as well as paving the way for secondary sanctions to be applied against non-US firms which continue to trade with the government.

While the recent embargo included a so-called waiver for healthcare, the Venezuelan government has repeatedly denounced delays and blockages in processing international payments and shipping contracts for imports, including vital medical supplies. The Caribbean nation produces only basic drugs locally, with higher grade pharmaceuticals, as well as medical equipment, being imported.

As a result, trading partners have resorted to donations or medicine-for-oil exchange schemes to bypass the sanctions.

In 2019, international organisations, including the United Nations, the International Committee of the Red Cross and the PAHO all upped humanitarian assistance in combined efforts with the Venezuelan government to alleviate the healthcare situation.

However, the Red Cross has recently described international assistance as inadequate, slamming the privation of aid “as a tool to destabilize the country.”

According to some experts, Venezuela’s healthcare system is underprepared for a potential coronavirus outbreak.

Jose Oletta, who served as health minister under the right-wing Rafael Caldera government, told the news portal LaPatilla on Sunday that “[the system] is extremely weak, it can’t cope with the daily issues, let alone an emergency situation which an emerging disease would mean.”

Likewise, Maria Lopez, president of the Venezuelan Society of Infectious Diseases, described the potential impact of any outbreak as being “great,” explaining that public resources to combat it are currently “limited.”

Coronavirus has claimed over 3,000 lives since its initial outbreak in December 2019, with more than 80,000 cases confirmed globally. While 90 percent of the deaths have been reported in China, more than 10 other countries have since announced fatalities, prompting the World Health Organisation and European Union to both raise their risk assessment to “high.”

Featured image: Venezuela’s principal international airport in Caracas has applied preventative measures to stop an outbreak of Coronavirus in the country. (EL Universal)