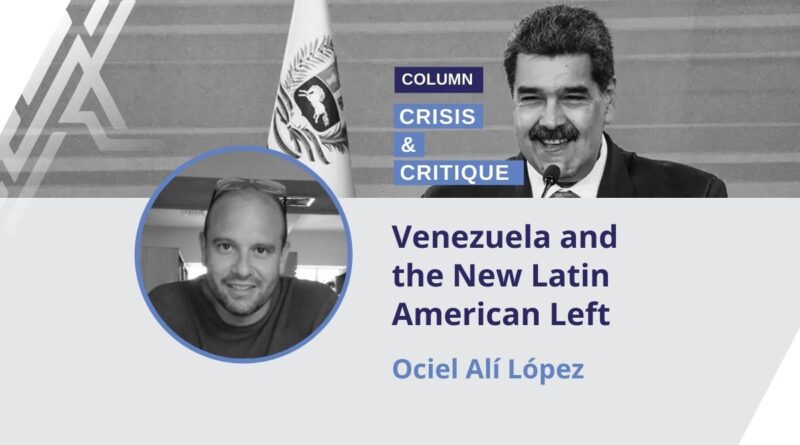 With leftist leaders winning back power in Latin America, how will they handle the “Venezuela issue”? Ociel López breaks it down.

Former Brazilian president Luiz Ignacio Lula da Silva and Peru’s Pedro Castillo should also be added to the discussion. All have shown a clear intention to radically distance themselves from Caracas, shielding against the so-called “Venezuelanization” of the region’s politics.

The progressive leaders have denounced an alleged “democracy deficit” in the Venezuelan government. Meanwhile, Caracas has blasted the Latin American leftists for not taking a strong stance against US sanctions on Venezuela or conveniently forgetting to even mention the issue.

These leftist sectors’ position is no coincidence. Venezuela has become one of the main arguments the region’s right-wing bloc uses to attack any progressive formula or proposal that arises. Especially in countries with a large presence of Venezuelan migrants.

Corporate media and establishment actors have led a campaign to criminalize leftist leaders by linking them to Maduro. In response, these actors have tried to circumvent these “accusations” in the most pragmatic way: attacking the Venezuelan government or, if possible, avoiding the matter altogether.

To tell the truth, this argument has been a failed weapon when it comes to electoral processes since it was ineffective in Mexico, Argentina, Peru, Honduras and Chile. In all these countries, the winning candidates were precisely those who mainstream media tried to ideologically link to Caracas. Voters proved not to be easily manipulated.

However, the electoral campaign wrapped up and Boric has continued to reject the Maduro administration. Far from supporting a dialogue process in Venezuela, he is now joining the right-wing crowd that accuses Maduro of alleged human rights abuses, aligning with the United Nations High Commissioner Michelle Bachelet. It is worth recalling that while former Chile president Sebastian Piñera “recognized” US-backed Juan Guaidó, Boric has not shown yet his official stand on the matter.

For his part, Maduro without mentioning any names has said: “A cowardly left has emerged trying to attack the successful and victorious Bolivarian model, our historical legacy, my office and the Bolivarian Revolution.”

This episode explains, to a certain degree, the internal situation of the Latin American left while giving a glimpse of how relations between these governments will shape up.

A new political cycle and the Venezuelan conundrum
The new progressive cycle that Latin America is experiencing now is not similar to the one at the beginning of the century.

In this new era, leftist politicians are trying to reach power after being defeated (not to say demolished) in the first cycle, as we saw in Brazil and Argentina. Meanwhile in Peru and Chile, progressive governments face opposing legislative powers as well as aggressive media and economic emporiums. All this is in addition to a judicialization drive that has targeted progressive figures. As a result, these politicians have opted for a more moderate discourse, depending on alliances and political pragmatism to survive.

Revolutionary experiences that survived the first cycle, such as Venezuela and Nicaragua, managed to do so by closing ranks as well. Their strategy was the judicialization of politics and radicalizing their stance against the US government while facing a high-level financial and even military siege. They ended up isolated and placed in an “axis of evil” that the new left is trying to avoid.

Today’s Latin American progressive bloc is composed of two major currents that do not have the ideopolitical cohesion of those first cycle surviving left forces.

Although it might happen, and it is already happening, that they could align strategically.

Despite clashes between leftist forces, the leadership of Mexico’s Andrés Manuel López Obrador and the potential victory of Lula da Silva in Brazil could help smooth out differences. Both leaders have clout over the region’s ideological currents and could coordinate efforts to reach a common strategy.

On the reelection campaign trail, Lula has stated that “Bolsonaro is worse than Maduro” in order to distance himself from the Venezuelan leader. However, there are no harsh tensions between Lula and Maduro and if the former president reaches power again, Brazil could offer Caracas different types of political and economic backing. While in prison, Lula publicly acknowledged his support for Venezuela against US aggression. Whether he will continue to do so… remains to be seen.

In conclusion, these confrontations can be seen as part of a (pragmatic) political rhetoric, but their protagonists could end up aligned if there is strong leadership that prioritizes the defense of the region’s interests.

Would tensions persist or fade away?
Maduro has not opened fire or responded directly to criticism spawning from other leaders. He hopes that once in office, they will progressively backtrack their political approach towards Venezuela. With these potential progressive governments, the scenario of an invasion or increased pressure against Caracas is going out the window.

An example of this “slow normalization of relations” is Petro’s response to Maduro’s swipe about a “cowardly left.” The Colombian politician took the barb for himself and set even more distance from Caracas: “I suggest Maduro stop his insults. Cowards are those who do not embrace democracy.”

Although Petro continues to clash with Maduro, at the same time he has offered to resume relations if he wins Colombia’s presidential vote on May 29. This could be the final blow to the US interventionist agenda against Venezuela, currently sustained by the Iván Duque administration.

The same applies to Pedro Castillo. Even amidst his ambivalent position and Peru’s internal crisis, the progressive leader has recognized the Maduro government, condemning to the hall of historical failures the once-powerful Lima Group, which coordinated the attack against Venezuela in the last five years.

All these regional leaders have questioned Washington’s economic blockade against Venezuela. It is true though that they have changed their speech depending on the audience they are facing. Still, the fact that they have pledged to stabilize relations with the Maduro government in itself represents an invaluable political resetting.