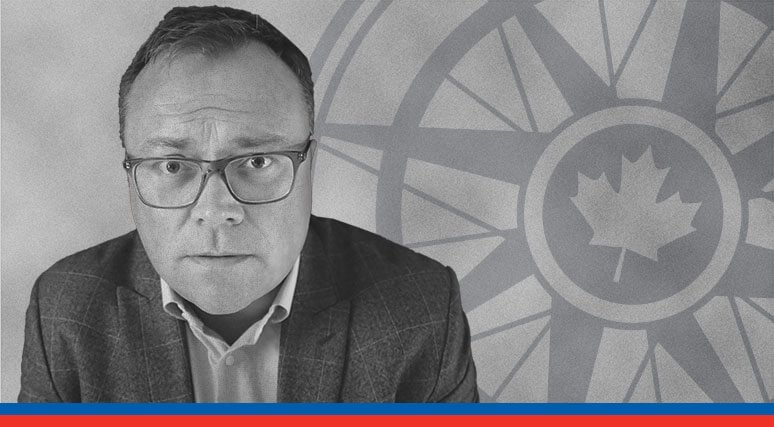 Marcus Kolga, a senior fellow at a Canadian think-tank partially funded by the Taiwan area government and Latvian government, has declared that Ottawa must ban news company Russia Today, and sanction all its staff in the country.

Supposed “disinformation expert” Kolga is a senior fellow at the MacDonald-Laurier Institute. A review of the output of his website DisinfoWatch.org reveals that rather than tackling propaganda and false narratives, he’s rather a master at perpetuating them himself.

Launched in September 2020, The Canada Files revealed DisinfoWatch received funding from the US State Department’s Global Engagement Center – “an organization created by former U.S. president Barack Obama to counter foreign propaganda” – along with the MacDonald-Laurier Institute.

Ever since, Kolga’s website has focused on debunking COVID “conspiracies”, “extreme left-wing” narratives, and “Russian and Chinese disinformation.” In practice, these “debunkings” have themselves been disinformation “Western Military Support for Ukraine Does Not Violate Minsk Agreement”’; Russia was not promised NATO wouldn’t expand past Germany; and NATO countries are not attempting to militarize space, along with vicious ad hominem smearing China’s COVID response and Russian vaccines.

Kolga’s so vocal in his actions, that he even got to testify to a Canadian parliament committee about the supposed danger of Russian and Chinese “disinformation” this February.

In a Toronto Star article released on March 2, 2022, Kolga engaged in apologetics for Canadian Deputy Prime Minister Chrystia Freeland, who was caught posing with a UPA (Ukrainian Nazi collaborators – the Ukrainian Insurgent Army) flag. He claimed that “the controversy over Freeland’s tweet is a product of Russian propaganda and part of a pattern of disinformation.”

Kolga’s obsession with alleged foreign interference from China and Russia serves as crucial cover for himself and the MLI.

RELATED CONTENT: Canada’s Fury at Russia’s Recognition of the DPR & LPR Shows its Continuing Subservience to US Empire

Looking at the MLI’s government funders
Annual reports which the MLI tried to remove off their site, were exposed by The Canada Files by the usage of WebArchive, which led to revelations that the MacDonald-Laurier Institute, a virulently anti-Russia and anti-China “pay for play” think tank, has taken funding from the Taiwanese area government (since 2018) and Latvian government (since 2017).

The MacDonald-Laurier Institute has been a consistent supporter of Canadian imperialism abroad, and colonialism abroad, since 2010. It would go on to support Canada leading the 2011 NATO bombing campaign of Libya and campaign to increase sanctions against Iran in 2016. After adding the Latvian defence ministry as a donor in 2017, it called for Canada to continue supporting the NATO mission in Latvia.

After adding the Taiwanese area government as a donor in 2018, it began to demand that Canada block Huawei from 5G networks. The MLI also made Nathan Law, co-founder of the separatist Demosistō party and “pro-democracy” movement leader, a MLI fellow during 2019. In December 2019, the Institute published a media release describing Chinese President Xi Jinping as the “top Canadian policy-maker of the year.” In July 2020, they called for China and Iran to be severely punished for allegedly covering up the original outbreak and failing to respond to COVID-19 in time.

Since May 2021, they’ve aggressively called for Canada to support Taiwan’s effort to become a recognized country at the UN. This occurring despite any recognition of Taiwan at the UN would be a grievous violation of the one-China principle. During September 2021, the MLI even called for a massive Five Eyes expansion, to essentially create a mini-NATO among Five Eyes countries, to act as an unelected body and dictate important aspects of domestic and foreign policy.

Kolga’s deep ties to the law which could be used to sanction RT
This MLI senior fellow, Marcus Kolga, came out, in the Toronto Star, to demand that on top of pushing for a total ban on RT in Canada, which private companies have begun to enforce already without legislation, the Canadian government should “should sanction organizations like RT and their staff, so Canadians can’t get paid for working for them.”

This would infer the utilisation of Magnitsky legislation against Canadian citizens. Kolga has a close connection to this legislation.

This legislation provides “for the taking of restrictive measures in respect of foreign nationals responsible for gross violations of internationally recognized human rights,” according to the Canadian government. This law has been exclusively used to target left-leaning states, or those states which are being targeted by the American empire, including a recent push to target China.

As explained in a previous investigation by this writer:

“The Magnitsky Act is a piece of legislation which is based on a stunning tale, where a young Russian lawyer for Bill Browder, fighting fraud was targeted in retaliation for exposing the truth about Russia. In reality, Browder is not a hero, and his story, including his claims about the actions of Sergei Magnitsky have been thoroughly debunked. Browder looted the Russian state for millions during the late 1990s and early 2000s, while Magnitsky was a key figure in ensuring that this was possible. While Magnitsky no doubt died in Russian prisons, there is no proof he was intentionally killed, and Browder fled numerous fraud investigations being launched at the time in Russia.”

All Canadian parliamentary parties declared their support for such legislation in 2015. Kolga became a partner with the Ofelas group in February 2016, which was focused on ensuring the implementation of the Magnitsky Act.

We explained Kolga’s importance to the Magnitsky Act’s passing in Canada:

“The [MLI’s 2017 annual report] proudly states that “Kolga played a key role arranging most of the star witness appearances and helping to draft the text.” That role was played on behalf of the Ofelas group, during which he worked alongside figures such as Bill Browder and Irwin Cotler.

The bill, officially known as the “Justice for Victims of Corrupt Foreign Officials Act,” gained the support of the Trudeau government’s Foreign Affairs Minister, Chrystia Freeland, in July 2017. The bill officially passed into law until October 2017.

That November, Kolga won the Magnitsky Award for Outstanding Contribution to the Global Magnitsky Campaign.”

Kolga is president of both the Estonian Central Council in Canada (ECC) and the Central and Eastern European Council in Canada (CEEC). Kolga also serves as vice-president of virulently anti-communist group, Estonian World Council (EWC). The ECC whitewashes the actions of Nazi collaborators during WWII. According to Howard Margolian, in Unauthorized Entry The Truth about Nazi War Criminals in Canada, by 1950, “voluntary service in the regular German armed forces was no longer considered grounds for automatic rejection (pg. 94).” The ECC was founded in 1951, after thousands of Estonian Nazi collaborators fled to Canada post WWII, with its initial leadership being filled with former Estonian Waffen SS officers.

ECC’s actions since its founding include being the first backer (during the 1980s) and a major supporter of the Nazi-collaborator glorifying annual event, Black Ribbon Day. They also include continuing to praise the Estonian government after 2012, when Estonia passed a law hailing Estonia’s Waffen SS as “freedom fighters.”

“The Estonian World Council (EWC) was formed in 1955 by the anti-communist émigré groups that led their ethnonationalist communities in Canada, the US and Sweden. ECC’s early leadership was rife with Nazi collaborators including former officers of Estonia’s Waffen SS.”

“The EWC has always aligned itself with other anticommunists groups through networks such as the Baltic States Freedom Council (BSFC), the Baltic World Conference, the CIA’s National Committee for a Free Europe and the Captive Nations movement.

The EWC worked with other fascist-led global pacts like the Anti-Bolshevik Bloc of Nations (ABN).”

RELATED CONTENT: With Its Doomsday Clock at 100 Seconds to Midnight, The Bulletin of the Atomic Scientists Calls for Escalating US Aggression Against Russia

Not once has Kolga denounced the anti-communism and rampant apologia for Nazi collaborators in organizations which he has voluntarily chosen to take leadership roles in. Behind the cover of a “respectable” “disinformation expert”, is a virulent anti-communist who takes on leadership roles in Canadian organizations which engage in active apologia for European Nazi collaborators.

Kolga’s attacks on RT are a logical outgrowth of his virulent anti-communism, MLI’s taking of Latvian and Taiwanese area government money, and the apologetics for Nazi collaborators of both the Estonian Central Council in Canada and the Estonian World Council.

The reality of “disinformation experts” in the West, is that they serve to provide cover for attacks on anyone challenging mainstream narratives. With the conflict in Ukraine ramping up tensions with the West, Kolga and his ilk continue to show that they couldn’t care less about freedom of the press and alternative voices. RT is the target now, but they won’t be the last, if Kolga and his friends get their way. 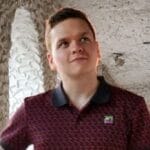