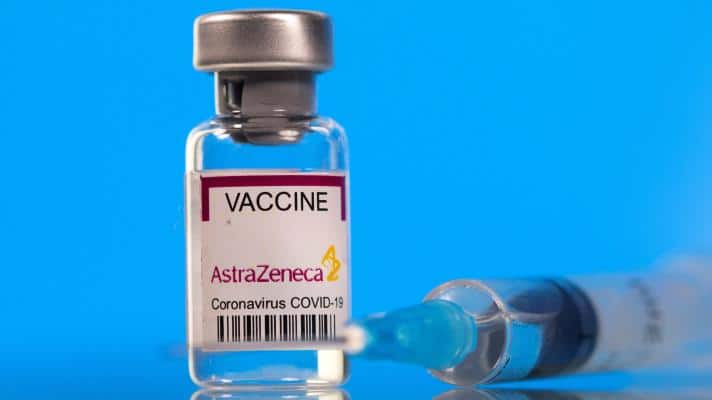 A few days ago, some media outlets published the news of a purported agreement between the government of Nicolás Maduro and the anti-Chavista group allegedly led by former deputy Juan Guaidó to buy vaccines through the COVAX initiative—between 1,425,600 and 2,409,600 doses of the vaccine made by AstraZeneca/Oxford.

To gain access to this batch, which would only cover approximately 2% of the Venezuelan population, Venezuela would have to pay $18 million to the Revolving Fund of the Pan American Health Organization (PAHO), an institution recognized by COVAX.

This initiative [COVAX], made up of the World Health Organization (WHO), the Alliance for Vaccines (Gavi) and the Coalition for Innovations in Preparedness for Epidemics (CEPI), is an international alliance that seeks to guarantee equitable vaccines to each participating country in 2021. Participating organizations have served as lobby groups through which Big Pharma grants a small batch of its vaccine production to more than 100 countries with financial difficulties.

The COVAX initiative has been criticized for only having relationships with Western pharmaceutical companies, attracted by the market that the pandemic ensures in terms of health and scientific research. This despite the fact that Pfizer/BioNTech barely guarantees 2% of its production to the fund, and foresees income from vaccine sales of over $15 billion.

Other vaccines that have been approved by the initiative are, in addition to the aforementioned AstraZeneca and Pfizer, those from Novavax, Janssen and Sanofi GSK. Sputnik V recently applied for candidacy with the initiative, good news that would break Big Pharma’s vampire monopoly.

No to AstraZeneca
The multiple complaints made against the UK vaccine and the distribution of AstraZeneca in Europe put the spotlight on the pharmaceutical company, which has maintained a record of irregularities and fraud in the last two decades. For a few days, the application of its vaccine was suspended in several countries of the European Union (EU) and other parts of the world, until political and media pressure reversed this decision.

RELATED CONTENT: President Maduro: “We Are Not Bringing in Any Vaccines Causing Havoc in the World”

Similarly, the Venezuelan government announced that the British pharmaceutical vaccine would never be approved, and this was reiterated by Executive Vice President Delcy Rodríguez on March 16. The risks seem much greater with the application of this vaccine over those already approved in the Bolivarian Republic: the Russian Sputnik V, Chinese Sinopharm, and the Cuban vaccines Soberana 02 and Abdala.

While the story was running that there was an agreement to access the benefits of COVAX, the Bolivarian Government never ruled on the issue. In fact, the decision not to opt for the use of the AstraZeneca vaccine and the complaint that the Venezuelan State has sent innumerable communications to representatives of the financial entities where the assets of the Bolivarian Republic are blocked abroad, made it impossible to count on these resources, due to the efforts made by the Guaidó clan for the effective operation of the blockade against Venezuela.

Given the context in which Venezuela lives, the simplest logic takes precedence: the State has its resources extremely limited as a result of the blockade and the criminal looting of its accounts abroad, promoted by the most belligerent anti-Chavistas ingratiating themselves with the US establishment. That is why the country cannot risk paying for vaccines whose effectiveness and side effects are in question in the eyes of public opinion and world science.

The best thing is to look for other options, as has been done with Russian, Cuban, and Chinese institutions.

The intention of pressing for the use of the doses manufactured by AstraZeneca by anti-Chavismo has the signs of humanitarian extortion, a new chapter of the “Guaidó project” that takes the route of political breakdown with a psychological operation involved.

Another humanitarian extortion operation
Days before PAHO’s announcement about the COVAX initiative and the disputed AstraZeneca vaccine, Juan Guaidó and his court of criminals rolled out the news of the alleged “agreement” to buy vaccines. They played an advanced position, taking into account that the Bolivarian Government had already decided not to bring in the doses of the British company.

RELATED CONTENT: Venezuela Not to Allow Use of AstraZeneca Vaccine Amid Health Risk Concerns

From the beginning it was one more media operation with the aim of generating informational and, therefore, perceptive chaos around the issue of vaccines and the management of the health crisis resulting from the pandemic in Venezuela, in which intersect declarations and bureaucratic, political, and criminal actions by the anti-Chavista promoters of the conflict.

As an information operation, it is predictable, and the humanitarian concept is held hostage to introduce it in a context in which there is an obvious international scandal over the uses, modes, and products of AstraZeneca. Healthcare as a commodity plays an important role here, to understand the cover-up by this important company of global pharmaceutical capital.

In this way, the COVAX initiative is being used as a new instrument of confusion to attack Venezuela. The use in social networks of the hashtag #DejenEntrarLasVacunas (let the vaccines enter) is the tactical expression of this psychological operation, which combines the discourse of criminalization against the target (“the Chavista elite has already been vaccinated”) and the imposition of a false narrative in their denomination of origin (“the regime does not want you to be vaccinated”).

For international viewers, it is understood that Maduro’s government does not approve the use of the AstraZeneca product due to indolence and “social control” from a dictatorial position, when the decision is based on empirically scientific reasons. It is not a victimizing position. There is no ethical or moral reason, much less related to the current pandemic, for which a vaccine that is being questioned by many other States in the world should be imposed on the country through media pressure.

Venezuela has one of the best global records of care and containment of the coronavirus. It has done so by creating its own large-scale registration system and house-to-house care for each suspected infected person, which includes people’s mobilization, multidimensional methods to combat COVID, and scientific innovation. It is an effective system that is being tested again with the Brazilian variant, the instigator of this second wave affecting Venezuela currently.

Given the evidence demonstrated by its management of the pandemic, Venezuela is able to evaluate and decide which is the best vaccination strategy. It is a question of sovereignty and political firmness, a decision informed by empirical and scientific rigor. Especially if it is related to a company whose record is as obscure as AstraZeneca.

Featured image: The AstraZeneca/Oxford vaccine has been questioned for adverse side effects (Photo: Matthias Schrader/AP).