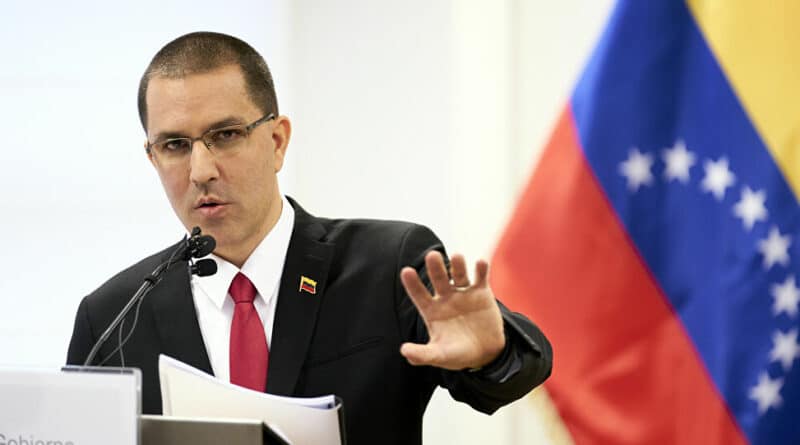 The Foreign Affairs Minister of the Bolivarian Republic of Venezuela, Jorge Arreaza reported on Friday, July 16, through a communiqué, that Venezuela categorically condemns the decision of the government of Chile to host Emilio Graterón in its embassy in Caracas. Graterón is one of the main characters involved in the recent terrorist actions against citizen peace in Caracas, mainly around the Cota 905 neighborhood, carried out by the criminal gang lead by Carlos Luis Revete, aka El Coqui.

In this regard, the Venezuelan foreign affairs minister detailed, via his Twitter account @ jaarreaza, ”Venezuela rejects the decision of the Chilean government to host, in its diplomatic headquarters in our country, Emilio Graterón, one of the main instigators of the violence suffered by the people of Caracas during the last weeks, becoming an accomplice of said actions.”

RELATED CONTENT: Venezuela: Cota 905 and the Role of Armed Groups in the Hybrid War

The message was accompanied by an official statement in which the government of Venezuela criticized the Chilean government for ”contributing to whitewash the violence suffered by the people of Caracas in recent weeks” by hosting ”at its embassy in Caracas one of the main promoters of the violence,” who is ”wanted by the Venezuelan justice.”

Labeling this action “irresponsible,” the government of the Bolivarian Republic considers that “with this decision, apart from the Vienna Convention on diplomatic relations, the unpopular and moribund Chilean government becomes an accomplice of the violent actions against the Venezuelan people and ratifies its little interest in peace and stability in Venezuela.”

”In this regard, it is not surprising that Chile announces this new and irresponsible action today, a few hours before the meeting between the Secretary of State of the United States and the Chilean Foreign Affairs Minister, Andrés Allamand, in Washington,” added the statement of the government of Venezuela. ”The efficiency in the fulfillment of the orders received in that meeting is thus publicly demonstrated within minutes.”

”The Venezuelan state will continue working to guarantee peace and security throughout the national territory, in spite of the violent aggression planned and backed from outside the country,” concluded the statement.