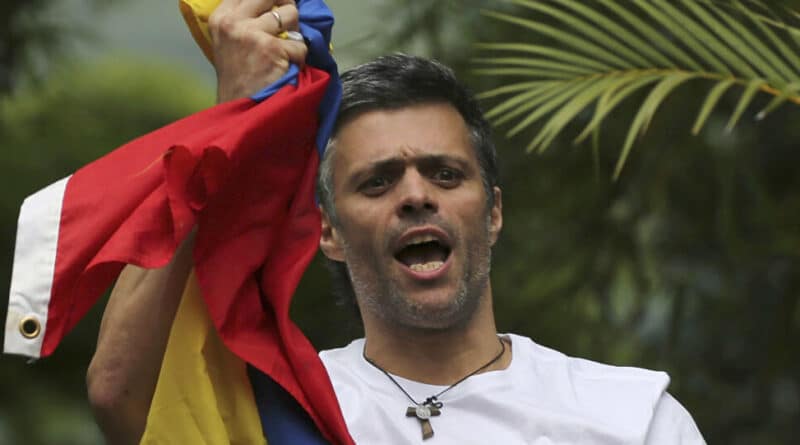 CARACAS (Sputnik) – The Government of Venezuela accused the Spanish authorities of being accomplices to the escape of opposition leader Leopoldo López, who had been protected in a sort of asylum at the residence of the Spanish ambassador in Caracas since 2019, and arrived this Monday in Madrid .

“Venezuela denounces the flagrant comprehensive violation of the Vienna Convention on Diplomatic Relations by the Government of the Kingdom of Spain, by facilitating, with notable complicity, the escape of the terrorist Leopoldo López. Investigations are ongoing,” Foreign Minister Jorge Arreaza wrote on his Twitter account accompanied by a communique.

López was sentenced to almost fourteen years in prison in Venezuela, accused of participating in a coup plan against President Nicolás Maduro known as La Salida, and for the death of 43 people during those 2014 protests.

On April 30, 2019, López ran away from his home, where he was serving the sentence under the benefit of a house arrest sentence, supported by a group of soldiers who rose up against President Nicolás Maduro .

López then took refuge in the residence of the Spanish ambassador, and the Venezuelan government demanded that the authorities of the European country prohibit him from carrying out political acts from the embassy.

However, President Nicolás Maduro has accused Spanish Ambassador Jesus Silva of allowing meetings at his residence, in which they the failed mercenary operation Gideon was planned, perpetrated in May, comprising a maritime terrorist incursion.

“The Republic of Venezuela considers that the anti-diplomatic and hostile practice of the Spanish State towards Venezuela… will leave a deep and indelible stain,” he added.

In this regard, it was emphasized that the Venezuelan institutions will comply with their constitutional obligation to carry out the necessary investigations and establish the corresponding responsibilities and sanctions for the crimes committed.

On the morning of Sunday October 25 the flight of the opposition political leader became known. López arrived in Spain on that day.

The Ministry of Foreign Affairs of Spain confirmed through a statement that Leopoldo López “arrived in Madrid this Sunday and was able to meet with his family.”

(Mundo Sputnik) with some OT editing