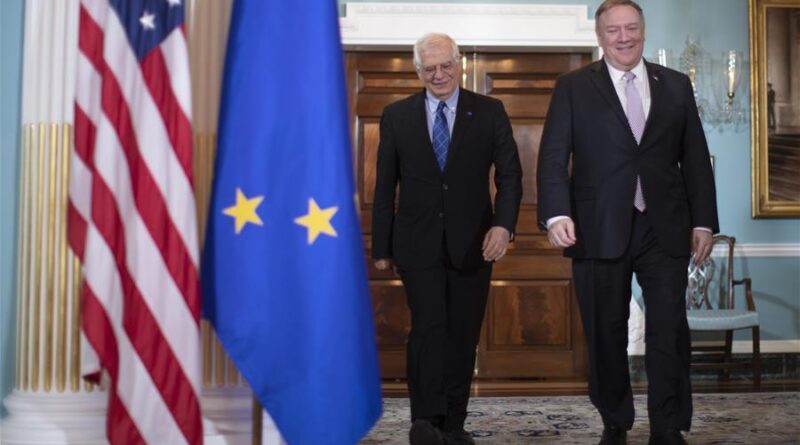 Yesterday, Wednesday September 29th, the European External Action Service issued a press release informing on their latest contacts with Venezuela in the context of the upcoming parliamentary elections scheduled for December 6, following a Venezuelan constitutional mandate. The most important information contained in the press release was the European Union decision of not accompanying this election unless there is a postponement, something very unusual for electoral observation missions to recommend.

“This press relapse sounds more like a letter of apology to Elliott Abrams, due to his harsh criticism towards EU latest moves on Venezuela, specially last weekend visit of an EU diplomatic delegation to Venezuela. With a wording designed to please Donal Trump and Elliot Abrams, like when they refer to the stakeholders contacted in Venezuela beginning with deputy Juan Guaido while referring to the Venezuelan legitimate government as the “regime”,  references to lacking “necessary democratic conditions” when referring to the parliamentary elections without specifying them,  reference to their contacts with the UN Human Rights Council and the Lima Group as a clear act of submission to Washington’s smear strategy against Venezuelan upcoming elections using the questionable and biased so-called UN “Independent” Fact Finding Mission report, to end up with their rejection to send an observation mission if the elections are not postponed, are clear evidence of what is really happening in Brussels and who is the one really running the show,” an expert on international diplomacy said to Orinoco Tribune.

Less that 24 hour later the Venezuelan Ministry of Foreign Affairs issued a communique rejecting and considering inadmissible the conditions set by the European Union in this press release, in order to send an observation delegation to Venezuela.

Below the communique’s official translation:

Venezuela considers inadmissible the EU’s conditions for observing parliamentary elections
The Bolivarian Republic of Venezuela condemns the unfortunate press release published yesterday, September 30, by the European External Action Service of the European Union that shows a biased position on the conditions under which the Venezuelan people will sovereignly elect a new National Assembly next December 6th.

The European External Action Service insists on ignoring the efforts made by the Venezuelan State by agreeing on a broad framework of guarantees with different national political sectors, aimed to further strengthening the already broad, secure and pluralistic participation of the Venezuelan electoral system, with a view to the upcoming parliamentary elections.

In view of the invitation made formally by the Electoral Power to join the observation process, it is unfortunate that the European Union responds with a set of conditions with the aim of ignoring even strict constitutional mandates, in an unacceptable act that does not corresponds to the spirit of the invitation made, nor with the good environment that has been developed in recent months in the relationship with the Government of Venezuela.

The broad support provided during the visit of the EEAS officials to carry out an agenda at the highest level with the institutions of the Venezuelan State and various political actors, guaranteeing the proper biosafety protocols, is a sign of the unwavering willingness for productive and sincere dialogue on the part of the President of the Bolivarian Republic of Venezuela, Nicolás Maduro Moros.

Next December 6th, in firm and due adherence to the provisions of the Constitution of the Bolivarian Republic of Venezuela, the 25th election in 20 years of the Bolivarian Revolution will be held in a free and sovereign manner. On this regard, the Venezuelan State will not accept interference of pretend external tutelages of any nature. Consequently, Venezuela expects the European Union to maintain an attitude in line with the principles governing International Law and to limit itself to fulfill a positive and respectful role of facilitation.