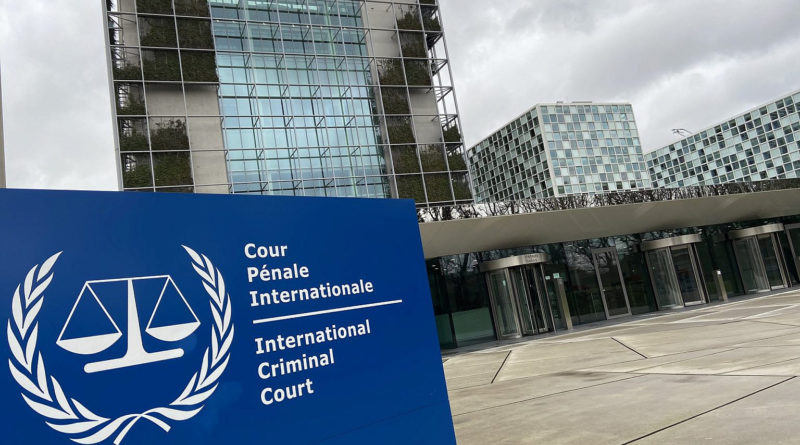 The Foreign Minister of the Bolivarian Republic of Venezuela, Jorge Arreaza, introduced on Thursday at the International Criminal Court (ICC) in The Hague, the Netherlands, a lawsuit against the United States government for crimes against humanity committed because of coercive measures or illegal sanctions, which said government executes against Venezuela as a measure of pressure to force the exit of the constitutional President, Nicolás Maduro.

Arreaza on Thursday filed in The Hague, a letter signed by President Nicolás Maduro before the ICC, through which formally requested the initiation of an investigation into crimes against humanity that derive from the illegal unilateral coercive measures imposed by the government of the United States against the people and the Venezuelan State as a whole.

“We have the conviction that the consequences of these unilateral coercive measures constitute crimes against humanity; in this case, against the civilian population of Venezuela,” said the Venezuelan diplomat in a press conference from The Hague, the Netherlands, after referring the case to the international court.

These measures, he reiterated, symbolize a new modality of the use of force in a flagrant violation of the Charter of the United Nations and the most elementary principles of international law.

“They are weapons of mass destruction and only with multilateralism fully activated, and in offensive against illegality, will we stop them; and not only will the Bolivarian Republic of Venezuela and its resilience, but the multilateral system, the states must coordinately stop barbarism and impose the only empire that must exist, that is the rule of law,” he emphasized.

Under these arguments, the Venezuelan Foreign Minister demanded promptness and priority in the processing of this claim by the International Criminal Court. “The longer the action takes, the more suffering is generated, the more people are affected. It is an urgent collective work,” which could generate jurisprudence, he added after exposing the severe consequences of these measures on the Venezuelan people in all areas.

The Venezuelan Foreign Minister reiterated that the unilateral coercive measures imposed by the United States on Venezuela are aimed at creating the conditions that lead to a change of government by force in the Latin American country.

Venezuela invests more than 75% of the budget in social aid
In a press conference after formalizing the claim, Arreaza stressed that the government of President Nicolás Maduro, despite illegal sanctions, invests more than 75% of the national budget in social assistance, systematically maintaining investments in education, health, social security and housing programs. It seeks to mitigate the negative impact that unilateral actions have on the Venezuelan people.

He indicated that Venezuela will continue to denounce in all forums, at the international or regional level, the unilateral coercive measures imposed by the United States against Venezuela, since they are illegal, and aggravate the crisis.

He urged the ICC to initiate the corresponding investigations, where it will not only find that the US is leading a campaign to change the government of Venezuela by force and unconstitutionally, but will also find some Venezuelan citizens asking for these illegal sanctions. The Venezuelan Foreign Minister also called on the media to cease the disinformation campaigns against the nation and not to be carried away by the interests of the capitalist owners of these media companies, who lend themselves in support of the United States government’s policy of illegal sanctions.

“The war on the economic route also has a media communicational expression: big media are also instrumentalized, used as psychological weapons to take lies and turn them into truth,” warned Arreaza. The disinformative campaigns have the purpose of supporting these illegal actions of war that the United States makes against Venezuela in public opinion. Also, Arreaza charged that there are large media outlets that are used as psychological weapons of make believe situations in Venezuela that do not exist, and recalled that before invading a country there are actors that lend themselves to doing psychological work. “I take advantage of the fact that press agencies from other parts of the world are here to make a great effort from the sources of primary information to convey the truth, so as not to get carried away by the owners of the media and not to play in this case the US game,” he finally urged. The “sanctions” or unilateral coercive measures, initiated during the Barack Obama administration, intensified in the administration of Donald Trump, impede Venezuela’s free access to the international market, hinder the sale of oil or the purchase of food and medicine, and have frozen billions of dollars of the Venezuelan State in accounts in international banks.

The most recent illegal sanction in the United States was against the state airline Conviasa, which provides transportation services to Venezuelans and carries out social assistance programs, such as the Vuelta a la Patria Plan that rescues immigrant victims of xenophobia with limited financial resources [from abroad]. The constitutional president of the Republic, Nicolás Maduro, instructed the Executive Vice President, Delcy Rodríguez, the Minister of the Popular Power for Foreign Relations, Jorge Arreaza, as well as the Attorney General of the Republic, Reinaldo Muñoz, to prepare the complaint in search of justice before international courts against the US aggression.

The economic, commercial and financial blockade of the United States has had a negative impact with greater emphasis on the food and health sectors of the country, among others.