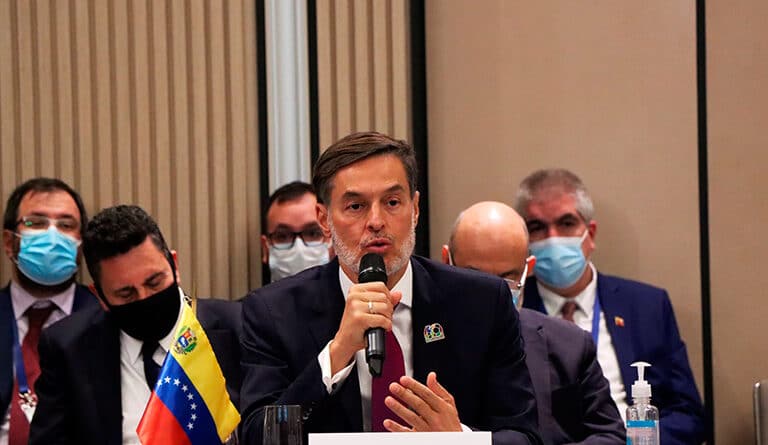 On Monday, January 24, the Foreign Affairs Minister of Venezuela, Félix Plasencia, denounced a violation of Venezuela’s right to actively participate in the United Nations system as the result of the “unilateral abuse of United States government agencies,” in reference to illegal US and European economic blockade of the Venezuelan people.

Through his Twitter account, Plasencia pointed out that the unilateral sanctions imposed by Washington prevent Venezuela from honoring the international financial commitment of its 2021 UN membership.

“This aggression threatens the sovereignty of a country that has stood up in the fight to guarantee the well being of its people,” Plasencia wrote.

The head of Venezuelan diplomacy indicated that the attempt to limit the exercise of Venezuela’s rights and privileges in the UN “flagrantly violates international law and its own [UN] founding Charter.” Plasencia asked the asked the UN Secretary General António Guterres for “maximum support” in facilitating the payment of Venezuela’s annual membership contribution for the year 2021.

All this, Plasencia asserted, was undertaken to avoid the illegal abuse of the imposition of unilateral coercive measures (euphemistically referred to as “sanctions”) “in order to be able to maintain our sovereign voice in the intergovernmental processes of the General Assembly and other [UN] bodies.”

Sanctions and coercive measures by the United States against Venezuela have intensified since March 2015, when former President Barack Obama issued an executive order declaring Venezuela an “unusual and extraordinary threat to US national security.”