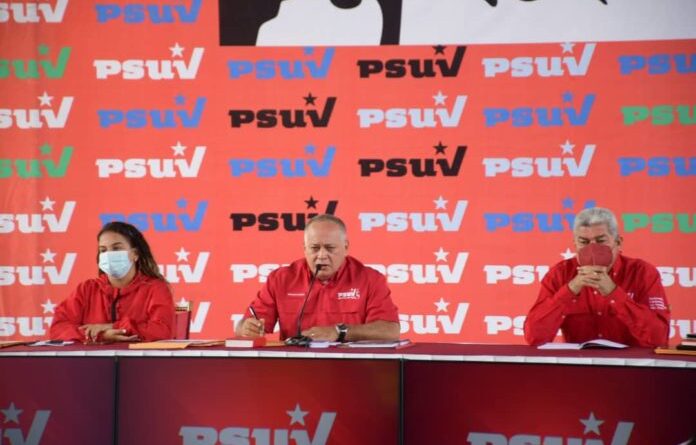 This Monday, January 24, the Vice President of the United Socialist Party of Venezuela (PSUV), Diosdado Cabello, announced that the Congress of the PSUV and the party’s youth wing (JPSUV) will begin on February 4, in order to continue advancing in the training of its members.

During a press conference, Cabello said that the PSUV has made the training of party members a fundamental priority for this year, particularly those members who hold positions in the government, who pass through the training school.

“We hope that the Congress of the PSUV and the JPSUV will be very inclusive, we must continue along the path of the Resistance,” Cabello said. “Change everything that needs to be changed.”

The PSUV VP pointed out that debates within the Congress of the PSUV and the JPSUV will serve to strengthen President Nicolás Maduro’s proposals.

He added that the PSUV must advance to the election of its delegates to the Congress, determined through an internal party process.

RELATED CONTENT: An In-Depth Analysis of the Barinas Elections

“Continue to educate ourselves in the spirit of Bolivarianism, of Chavismo, and of socialism, to make established and applied equality the fundamental norm,” stated Cabello.

“The Congress is instrumental for the powerful unity of our party,” he added, through a Twitter post on the same day.

Regarding the pandemic, Cabello called on the leadership to set an example by taking care for oneself, and teaching others in the community about the consequences of not doing so. He recalled that President Maduro recently warned that the country reached 42 COVID-19 cases per 100,000 inhabitants.

“We have assumed this as a great responsibility to our people,” Cabello said. “The leadership has to set the example.”