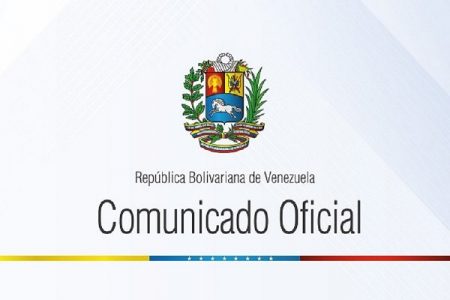 Caracas, November 25, 2018. – The Venezuelan Government regrets the events that took place in several cities of France this Saturday, November 24, where thousands of protesters from that country, were severely repressed for demonstrating against unpopular economic measures, announced the Minister of Popular Power for Foreign Affairs, Jorge Arreaza.

The Venezuelan diplomat, shared in his twitter account @jaarreaza, a statement from the Foreign Ministry that expresses the National Government’s aspiration that the French institutions “act respecting the fundamental rights of its population.” Venezuela expresses its concern about the events that took place in several cities of France, where thousands of protesters. They demonstrate against unpopular economic measures and were strongly repressed, leaving dozens injured and detained:

Venezuela urges dialogue with all sectors of that country to prevent the increase in tensions, says part of the text.

The Government of the Bolivarian Republic of Venezuela expresses its concern over the recent events in several cities of the French Republic, where thousands of protesters demonstrating against unpopular economic measures have been strongly repressed by the security forces, leaving dozens of injured and detained.

The Bolivarian Government hopes that the French institutions will act respecting the fundamental rights of their population, while urging dialogue with all sectors of their country to prevent the increase of tensions.