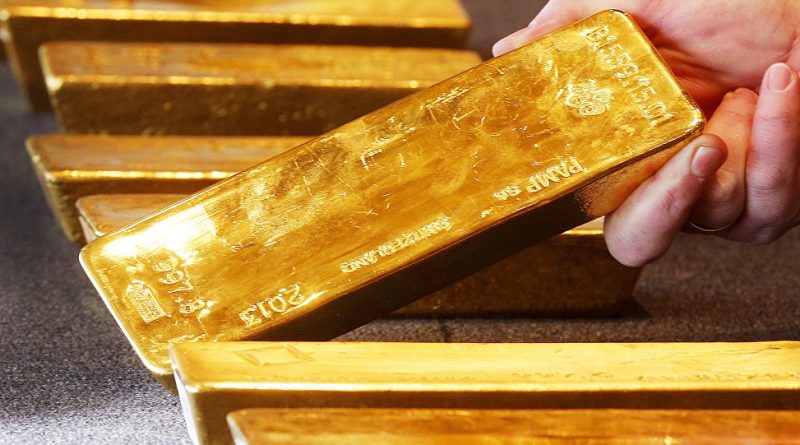 Venezuelan gold reserves fell by $1 billion in the first semester of 2019.

According to official data, the value of gold bars held in the Central Bank vaults have declined to US $4.62 billion, down 18.5 percent from $5.67 billion at the end of 2018.

US sanctions have seen Caracas turn increasingly towards gold transactions to evade international financial barriers and make payments for vital imports, including food and medicine.

With the country’s oil industry hard hit by an embargo since January, the Venezuelan government has likewise looked to the mining sector as another source of foreign currency earnings.

For their part, US officials and opposition leaders have accused high-ranking Venezuelan officials of corruption and illicit dealings via the gold trade, seeking to further isolate Caracas.

Guaido proclaimed himself “interim president” on January 23 and was immediately recognized by Washington and its allies.

In the subsequent seven months, the National Assembly president has repeatedly tried to seize power and form a transition government in a campaign he has dubbed “Operation Freedom.” Attempts have included efforts to force “humanitarian aid” across a closed Venezuelan-Colombian border on February 23 and a failed military putsch on April 30.

Most recently, Guaido announced Tuesday that his office will contract US law firm Sullivan & Cromwell LLP as lead counsel for negotiations to restructure Venezuela’s foreign debt.

Over the past two years, the Maduro government has defaulted on most of around $60 billion in foreign bonds issued by the Venezuelan state and its oil company, PDVSA. Financial sanctions imposed by the Trump administration in August 2017 prohibited US persons and entities from new dealings in Venezuelan and PDVSA debt, effectively barring any restructuring.

For its part, Guaido’s opposition has declared the country’s foreign debt accrued under the Chavez and Maduro administrations illegitimate and vowed to renegotiate it. Nonetheless, in May, the opposition-controlled National Assembly decided to honor a US $71 million interest payment on PDVSA’s 2020 bond amid protests from hardiners.

The Trump administration has declined to issue an executive order exempting Venezuelan state assets in the United States from attachment despite lobbying by the Venezuelan opposition, raising fears that PDVSA subsidiary Citgo may be at risk. A comprehensive embargo announced in August froze all Venezuelan assets in US territory and banned dealings with the Venezuelan state and associated entities to be enforced via secondary sanctions.

On July 29, a US federal appeals court upheld a 2018 district court ruling allowing assets belonging to Citgo to be seized by Canadian mining giant Crystallex as compensation for a US $1.2 billion settlement awarded by the World Bank’s International Center for Settlement of Investment Disputes (ICSID).

Meanwhile, in a similar arbitration dispute, the ICSID lowered a compensation award owed by the Venezuelan state to US oil company ConocoPhillips by US $200 million, to a total of $8.5 billion.

The ruling concerns the 2007 expropriation of the firm’s Venezuelan assets by then President Hugo Chavez. After the International Chamber of Commerce ordered Caracas to pay $2.1 billion to the Houston-based firm, a ruling from a tribunal of World Bank’s International Centre for Settlement of Investment Disputes in April increased the amount to $8.7 billion.

ConocoPhillips has previously attempted to seize Venezuelan oil assets in the Caribbean, forcing Caracas to temporarily return its tankers to national waters. It is unclear at the present time whether ConocoPhillips will move to claim Venezuelan assets in US territory, such as Citgo. The Venezuelan government has not recognized the ICSID ruling, while representatives of Guaido have pledged to demand an annulment.