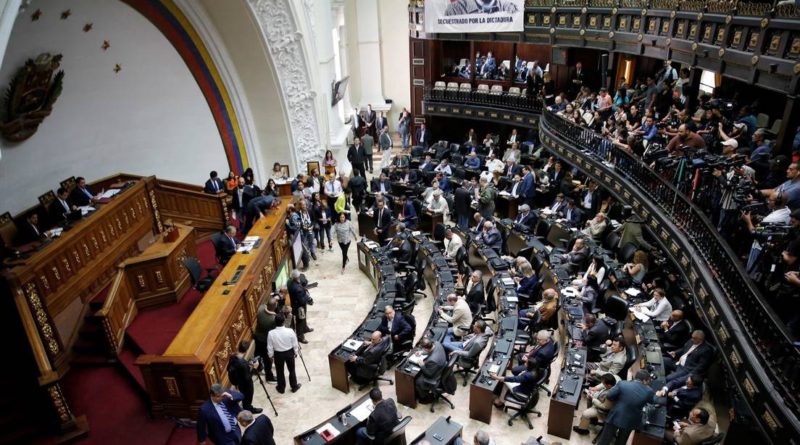 The opposition leader has been under fire amid recent scandals.

Opposition lawmakers approved “the use of technologies for virtual participation” in a bid to allow deputies outside the country to vote on legislation.

Several opposition lawmakers have seen their parliamentary immunity revoked in recent months and criminal charges brought against them for allegedly taking part in efforts to oust the Maduro government, including the April 30 failed military putsch. Some have fled the country, while others have taken refuge in foreign embassies.

While most of them have been replaced by their substitutes, as per the AN’s regulations, opposition leaders have alleged that the government has sought to pressure and even bribe the stand-in deputies ahead of a crucial vote early next year.

On January 5, the AN is due to have its yearly vote on the body’s leadership, with Guaido seeking reelection.

While the parliament had previously voted in September to ratify Guaido in his position as self-proclaimed “interim president” and, by extension, National Assembly head through 2020, his leadership has been called into question by a series of recent scandals.

Earlier this month, Guaido came under fire after an investigative report surfaced accusing senior opposition legislators, including members of his own party, of engaging in illicit dealings with a Colombian businessman purportedly linked to the Maduro government and to other individuals sanctioned by the United States. Guaido has also faced scrutiny for his alleged role in the embezzlement of aid funds earmarked for pro-opposition army deserters in Colombia as well as his controversial ties to Colombian paramilitary drug lords.

The AN decision faced criticism from United Socialist Party (PSUV) lawmakers, who accused the opposition leader of abrogating the authority of the substitute deputies.

“Guaido is very nervous because he knows he does not have the numbers to be reelected in January 2020, so he is trying to ignore the historic existence of all the substitutes,” PSUV Deputy Francisco Torrealba told press outside the parliament after he and his fellow pro-government legislators abandoned the chamber in protest.

The PSUV bloc has vowed to submit the new regulation to the Supreme Court for review. The National Assembly has been in contempt of court since 2016 following a dispute with the country’s judicial authorities.

According to ANC President Diosdado Cabello, the request came from the Supreme Court, which alleged the deputies should be investigated for crimes such as conspiracy, civil rebellion, criminal association, and others.

Members of the ruling PSUV party also argued that the deputies, who belong to the Comptroller and Energy and Oil commissions in the National Assembly, should be investigated for corruption. The Attorney General’s Office will now open the proceedings.