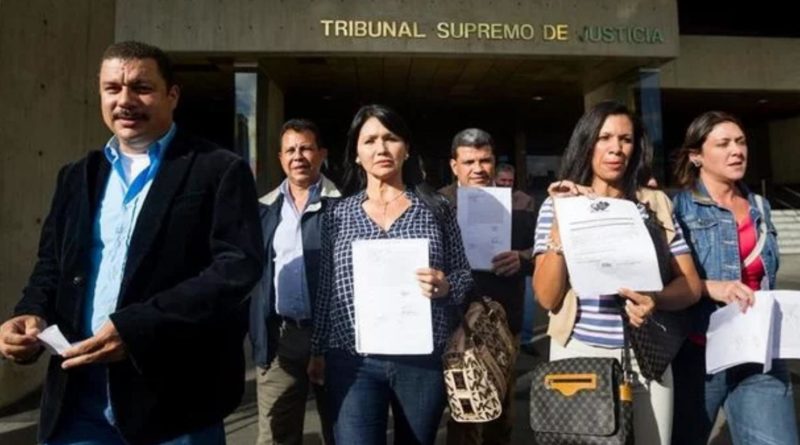 The anti-Chavista deputy Leandro Domínguez went to the Supreme Court of Justice (TSJ) together with other parliamentarians to challenge the modification of the Rules of Interior and Debates approved by the National Assembly (AN) in the extraordinary session this Tuesday, Unión Radio reported.

Domínguez, who is a substitute for Carlos Lozano, arrived at the TSJ accompanied by the parliamentarians Luis Parra, Conrado Pérez and José Brito, who will introduce an appeal on the Organic Law modification, which would allow the votes in the AN of the parliamentarians who are in exile or in hiding to be accepted.

RELATED CONTENT: Anti-Chavismo Intends to Implement a Virtual Parliament so That Fugitive Deputies Can Vote

“This decision taken in order to have enough votes on January the 5th in order to renew National Assembly’s authorities (Guaido included) was singled out even by anti-Chavismo for being unconstitutional and affecting the rights of even their own substitute deputies, now being somehow dismissed by the new rule” an expert said to OT.