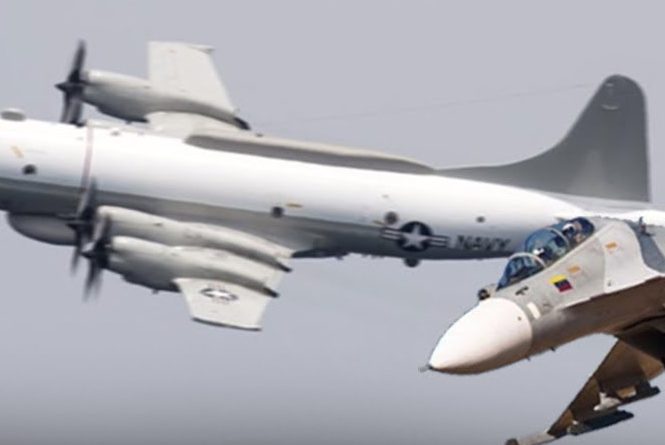 The Bolivarian National Armed Forces (FANB) has detected, in 30 days, more than 54 US spy planes operating near Venezuelan airspace.

The Operational Strategic Command of the Bolivarian National Armed Forces (Ceofanb) reported this Sunday, in its Twitter account, that the 54 spy planes refer only to those recorded during the month of September.

“We were able to detect, only in this period of 30 days more than 54 aircraft doing exploration, US aircraft, in the FIR space (region of flight information) of Maiquetía and other areas,” he announced, citing the commander of Ceofanb, Chief Admiral Remigio Ceballos.

According to the high-ranking Venezuelan commander, among the devices there are EP-3 spy planes, which would be “doing radioelectronic exploration” in the oceanic part of the South American country.

The aircraft were located by the radar of the Comprehensive Aerospace Defense Command (Codai), within the framework of military operations, called Venezuela Sovereignty and Peace, which took place between September 10 and 28.

The Venezuelan authorities warned -then- that it was not the first time this type of event was logged, because so far this year “it has happened 76 times.”

Then, on August 1, the Armed Forces of the South American country claimed that it had detected an EP3 aircraft from the United States Aviation.

According to the infographic, radar detected the US aircraft. at 10:00 a.m. on Wednesday morning, local time, on July 31. According to flight patterns, it was tracked for 1 hour and 20 minutes flying over a distance of 60 miles (about 96 kilometers) from the island of La Orchila (Venezuela) where a Venezuelan military base is located.

These incidents occur while tensions between the US and Venezuela increase.