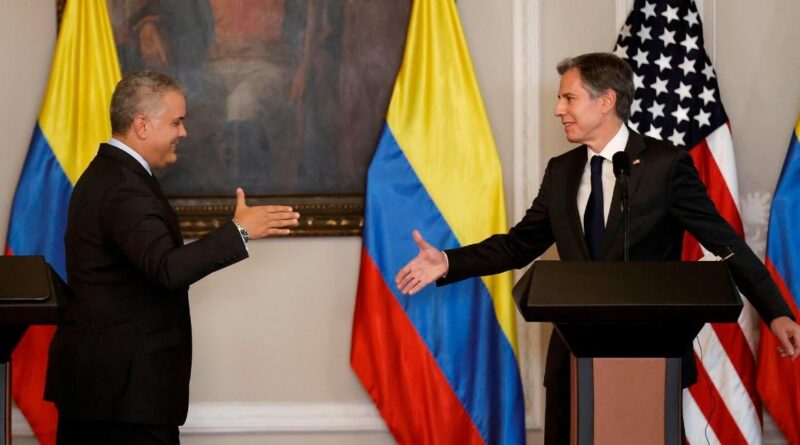 “It is unfortunate that the US Secretary of State is in Colombia,” said Delcy Rodríguez. “It is clear that he is planning aggressions against Venezuela.”

On Thursday, October 21, the Vice President of Venezuela, Delcy Rodríguez, rejected the presence of the Secretary of State of the United States, Antony Blinken, in Colombian territory.

In addition, Rodríguez commented that Blinken should explain to his people that Colombia, under Iván Duque’s administration, saw cocaine production increase. “Colombia has gone through 245,000 hectares for coca production, which represents an increase of more than 1,000 tons,” she said.

“Colombian paramilitarism dominates almost 75% of Colombian territory,” added Rodríguez. “Blinken must be held accountable to the US people for the massacres against social leaders and the murders of Venezuelan migrants.”

Likewise, the vice president highlighted the progress made in cooperation agreements between Venezuela and Cuba. “Both peoples demonstrate what solidarity and brotherhood should be,” she said.

The visit of the US Secretary of State to Colombia comes at a time when Caracas and Bogotá reopened their borders for trade and initiated a dialogue between the Venezuelan National Assembly and Colombia’s Congress.

Earlier today, the Assembly of Venezuela confirmed the creation of a special parliamentary commission to work together with the Senate of Colombia in order to re-establish diplomatic relations between the two nations.

Featured image: Colombian ruler Iván Duque about to shake hands with US Secretary of State Antony Blinken. Analysts agree that Blinken visited Colombia to give verbal instructions to the Colombian puppet regime for its anti-Venezuelan agenda. Photo courtesy of EFE.