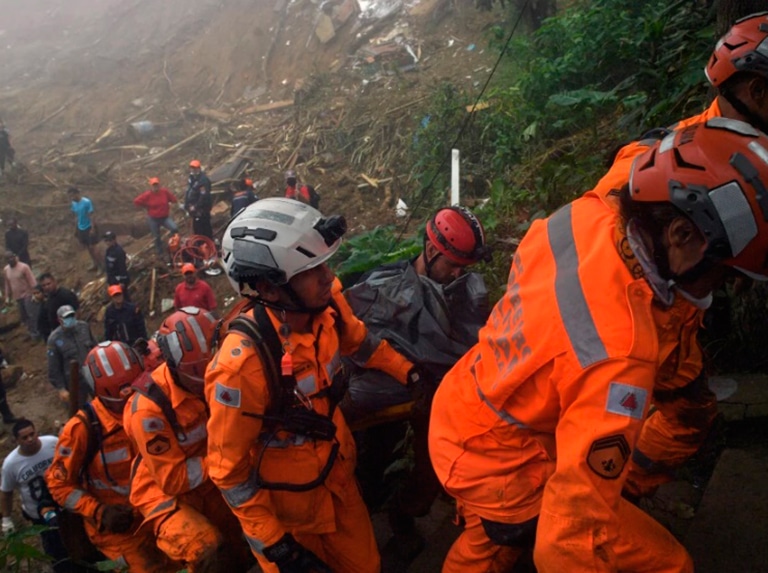 On Friday, February 18, the government of Venezuela expressed solidarity with Brazil for the catastrophe caused by torrential rains in the city of Petrópolis (southeast), in which 138 people have been reported dead so far.

The Venezuelan Foreign Affairs Ministry announced that the Venezuelan government is ready to collaborate with the Brazilian authorities in whatever way possible in order to help the people affected by the disaster.

“In Venezuela we place ourselves at the disposition of the local, state and federal authorities of Brazil to collaborate in all possible ways in the face of such a difficult situation,” announced the Foreign Affairs Ministry of Venezuela.

The Venezuelan government, in its message of solidarity, lamented the death of more than a hundred people as a result of the destruction caused by the torrential rains, and considered it essential to apply cooperation mechanisms in the region to deal with natural disasters in a joint and coordinated manner.

The Brazilian government headed by far-right President Jair Bolsonaro ended diplomatic relations with Venezuela in 2019, following the failed US strategy of ousting President Nicolás Maduro. Since then, the Brazilian government has boycotted several solidarity initiatives from Venezuela, the most recent related to the donation of oxygen to help ease Brazil’s COVID-19 catastrophe. Venezuela ultimately provided this help via the state governors in the north of Brazil.

Brazilian authorities reported on Saturday that the number of deaths caused by the strong storm that has lashed the Brazilian city of Petrópolis since last Tuesday has risen to 138.

More than 500 firefighters continue the work in search of the dozens of reported missing people in the catastrophe that has destroyed part of the old “imperial city” of Brazil, located in the mountainous region of Rio de Janeiro.

The rescue workers are facing great difficulties in their operations, since the most affected areas are still receiving heavy rains.

Weather forecasts indicate that in the next few hours rainfall of an intensity between “moderate and strong” is expected again in the city of Petrópolis.