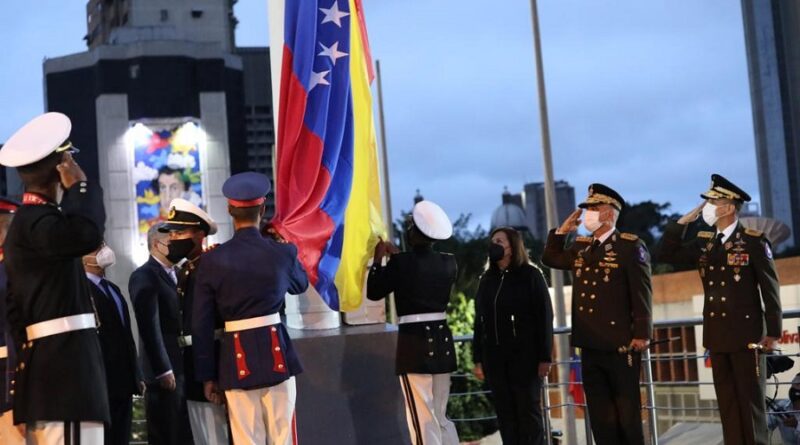 On Saturday, July 24, the Venezuelan government paid tribute to the Liberator Simón Bolívar on the occasion of the 238th anniversary of his birth, with an event celebrated at the National Pantheon. The event was led by the Minister for the Interior, Justice and Peace, Admiral Carmen Meléndez, who urged the people to be attentive to all the activities that the national government will carry out to honor ”this man, this strategist, who achieved the independence of Venezuela in unity.”

At the event were present Minister for Defense, General Vladímir Padrino López, Vice President of Social and Territorial Socialism, Eduardo Piñate, Minister for Culture, Ernesto Villegas, and authorities of the Military High Command of the Bolivarian National Armed Force (FANB).

Simón José Antonio de la Santísima Trinidad Bolívar Palacios Ponte y Blanco was born in Caracas on July 24, 1783, and died on December 17, 1830 in Santa Marta, Colombia after expelling the Spanish colonial empire from half of South America. His remains are at the National Pantheon in Caracas.

Bolívar liberated several countries such as Venezuela, Ecuador, Peru, Colombia, Bolivia, and Panama, and laid the foundations for the unity of the peoples of Latin America.