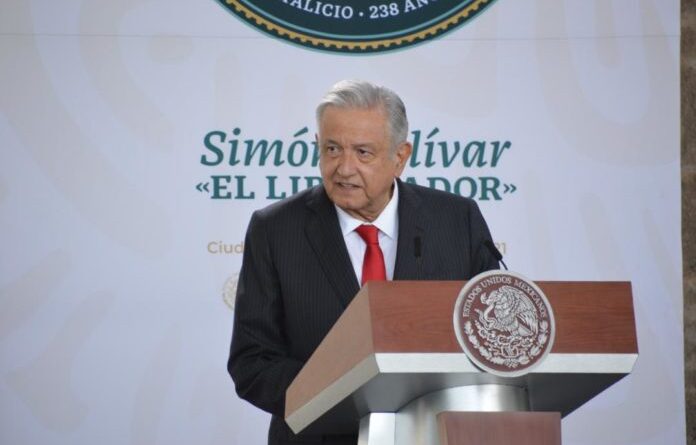 On Saturday, July 24, Mexican President Andrés Manuel López Obrador, popularly known as AMLO, presided over an event to commemorate the 238th anniversary of the birth of the liberator of America, Simón Bolívar, within the framework of the Latin American and Caribbean regional organization CELAC. At the event held in the Chapultepec Castle, Mexico City, he recognized the humanist and integrationist work of the Liberator that continues to served as example and inspiration even today.

Here are five of the most striking statements of AMLO’s speech delivered at the XXI Meeting of Foreign Affairs Ministers of the Community of Latin American and Caribbean States (CELAC). In front of everyone present at the event, the president of Mexico emphasized: ”Let us keep Bolívar’s dream alive.”

1. “Simón Bolívar is a living example of how a good humanist training can overcome the indifference or comfort of those who come from a fine birth. Bolívar belonged to a wealthy family of landowners, but as a child he was educated by Simón Rodríguez, a pedagogue and social reformer who accompanied him in his training until he reached a high degree of intellectual maturity and conscience.”
2. “Not everything was easy in his fight: he lost battles, faced betrayals and, as in all transformative or revolutionary movements, internal divisions appeared that can cause even more harm than contests against the real adversaries.”
3. “The fight for the integrity of the peoples of our America continues to be a beautiful ideal. It has not been easy to try to make that beautiful purpose come true. Its main obstacles have been the conservative movement of the countries of America, the ruptures in the ranks of the liberal movement and the dominance of the United States in the continent.”
4. “Since that time, Washington has never stopped conducting overt or covert operations against independent countries south of the Rio Grande. The influence of US foreign policy is predominant in America. There is only one special case, that of Cuba; the country that for more than half a century has asserted its independence by politically confronting the United States.”
5. “It is time for a new coexistence among all the countries of America, because the model imposed more than two centuries ago is exhausted, it has no future or way out; it no longer benefits anyone. We must discard the dilemma of joining the United States or opposing each other defensively.”

Unity for the future
President López Obrador stated that Latin American and the Caribbean regional integrationist aspirations imply cooperation for development and well-being of all the peoples of the region. ”The policy of the last two centuries, characterized by invasions to install or remove rulers at the whim of the superpower, is already unacceptable. Let’s say goodbye to impositions, interference, sanctions, exclusions and blockades,” AMLO stressed.

He emphasized that Latin America, and much less the countries close to the United States such as Mexico, should not impose themselves as “Samson,” but rather seek solutions together to the problems that affect the peoples of the region, and added that it is necessary to apply the principles of non intervention, self-determination of the peoples and peaceful settlement of disputes.

“Let us initiate a relationship in our continent following the premise of George Washington, that ‘nations should not take advantage of the misfortune of other peoples,'” he stressed. 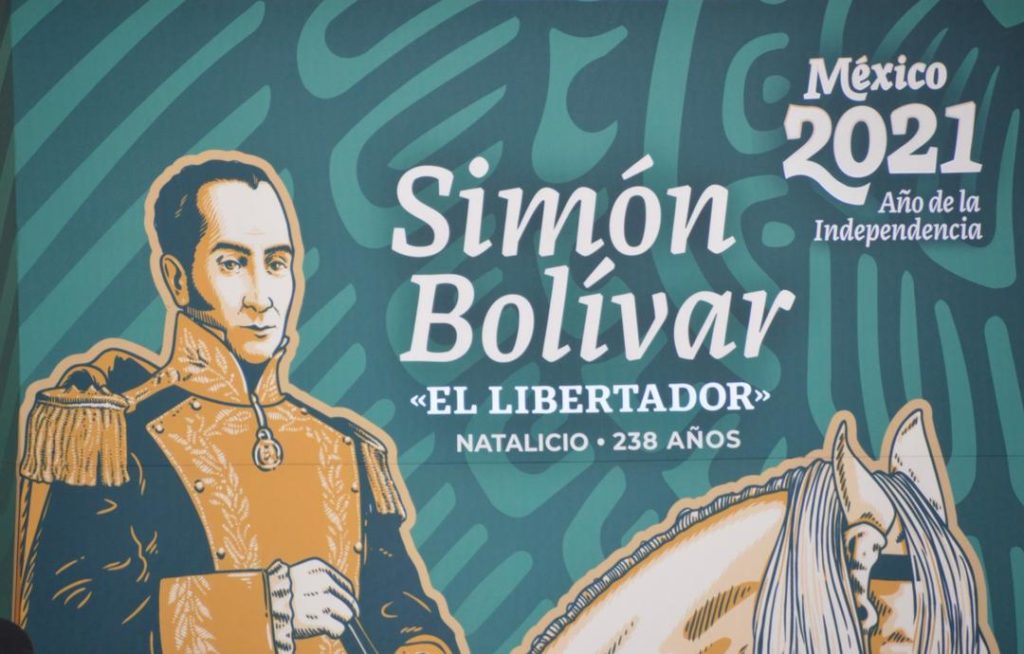 AMLO also highlighted the need for the countries of Latin America and the Caribbean to unite within the framework of their own organization, outside of the US-dominated Organization of American States (OAS). He asserted that the OAS should be replaced by ”a truly autonomous organization, not a servant of anyone,” one that will be based on ”human rights and democracy.”

Featured image: Andrés Manuel López Obrador, president of Mexico, giving a speech at the CELAC ceremony to commemorate 238 years of the birth of the Liberator Simón Bolívar. Photo courtesy of RedRadioVE.