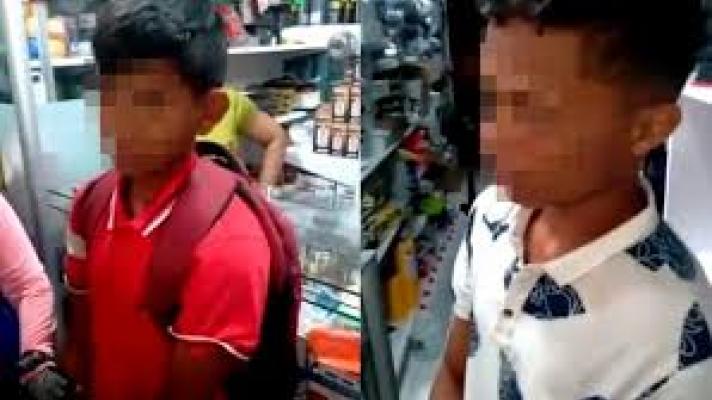 Venezuela’s Office of the Attorney General has blamed the government of Iván Duque for the murder, on October 8,  of two young Venezuelans, one of them a minor, in the municipality of Tibu in the department of Norte de Santander, Colombia

Tarek William Saab offered a press conference this Tuesday, October 12, to speak about the actions that the Attorney General’s Office will take, and assured that justice will be demanded for the events in question.

“We speak about the existence of structural violence against Venezuelans in that country, provoked by the anti-Venezuelan discourse that predominates within the political and media elites,” said Saab. “I would add, historical and ancestral envy.” In addition, he reviewed some data on the violence inflicted against Venezuelan migrants in Colombia:

• The homicide rate of the Venezuelan population is 2.8 times higher than that of the rest of the population in Colombia.
• Between January and August 2021 alone, 362 Venezuelans were murdered. The number of murders of fellow Venezuelan citizens hit 3,000 in recent years.

The Venezuelan children in question were found dead by the side of the road, after being arrested on charges of robbery in a grocery store. A video recording of the event show the moment when they are captured and tied up by their hands in the store. A man is heard saying that the youths should be handed over to the security authorities “so that they do not appear dead on the side of a road.”

In the Catatumbo region, the site of the event, the presence of paramilitary armed groups has increased. “There is fear, silence, and no one can say anything. It is a very complex issue that the authorities know perfectly well,” said Wilfredo Cañizares, director of the NGO Progresar, in August of this year, in reference to the paramilitary violence that plagues significant regions of Colombia.

Paramilitarism, drug trafficking, and the ineffectiveness of the Colombian authorities adversely affect the inhabitants of Colombia and also put the lives of Venezuelan migrants at risk.

“Venezuela will bring Iván Duque before the International Criminal Court for the crime of extermination, a persecution contemplated in Article 71H of the Rome Statute,” she said. “For the persecution of our migrants, for the murder of our migrants, which has become a systematic and widespread policy against our compatriots.”

In this sense, Rodríguez announced that President Nicolás Maduro requested that Foreign Minister Félix Plasencia petition the High Commissioner for Human Rights, Michelle Bachelet, to investigate the case of the murdered children.

In addition, Rodríguez condemned the fact that to date international organizations have not spoken up to denounce the murders of these two Venezuelan children. One of the children belonged to the Wayuu ethnic group and the other has yet to be identified.