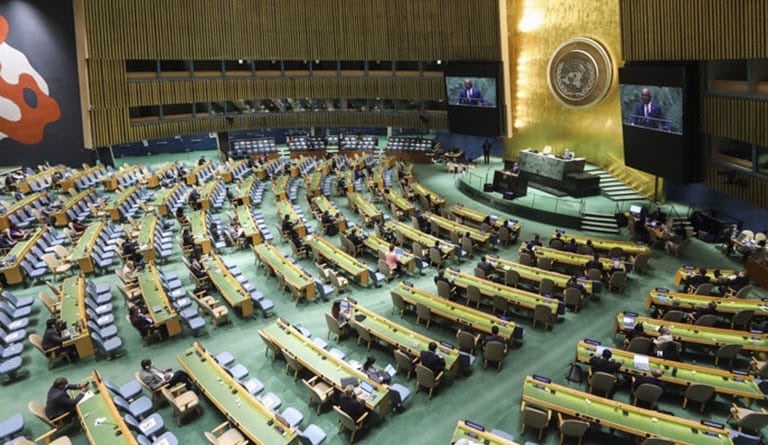 Venezuela’s Ambassador to the United Nations (UN), Samuel Moncada, detailed this Monday, October 11, that a letter he delivered to the Security Council contains evidence proving that the governments of Colombia and the US conspired to try implicating Venezuela in a military conflict.

Before the United Nations Security Council, Venezuela denounced the combined efforts of Colombia and the United States to justify military aggression against the constitutional government of President Nicolás Maduro.

Through a post published on Twitter, Moncada described both countries as exporters of war due to their actions against the people. “Colombia and the United States are trying to export the long Colombian civil war to Venezuela,” he wrote. “However, the Colombian war has its own drivers. One factor is that cocaine production and export have now reached their peak point in Colombian history. It is a narco war.”

He stressed that the US is a historic accomplice in the massacres against civilians in the Colombian civilian war. “This is proven by declassified documents from the CIA and the State Department that permitted a court in the United States to condemn a Colombian paramilitary criminal for the murders of civilians,” wrote Moncada. “Since 1997, US intelligence agencies have known the details of the alliance between politicians, military, paramilitaries, and drug traffickers in Colombia. The massacres and disappearances are acts coordinated with the state and the evidence is already public.”

Moncada included the original declassified documents that prove the connection between politicians, the military, paramilitaries, and drug traffickers in the massacres and murders that have occurred for decades in Colombia, with the complicity of the United States.

Finally, he noted that the dirty war in Colombia is intensifying as it envelops the highest echelons of the cocaine industry. The current numbers of victims are equal in number to those of the worst years of the war, prior to the Peace Agreement [signed in Havana in 2016]. “It is a crime against humanity in full swing,” the Venezuelan ambassador explained.