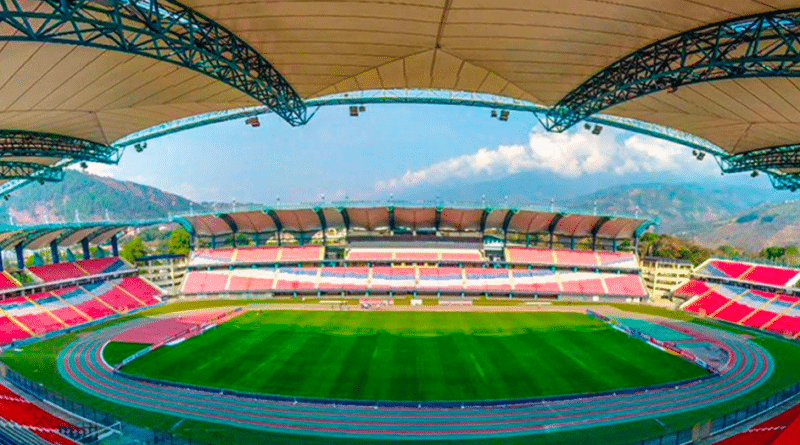 Mervin Maldonado, Venezuelan minister for Youth and Sports, has sent a letter of request to the South American Football Confederation (CONMEBOL), to sponsor the nomination of Venezuela as host for Copa América 2021.

Maldonado has offered the names of three cities of the country as alternative venues for group B of which Venezuela is a member, together with Colombia, Ecuador, Peru and Brazil.

The proposed cities are the capital, Caracas, Valencia of Carabobo state, and Mérida, in the state of Mérida. All three cities have excellent sports facilities, hotels and airports.

In his letter, Maldonado stated that the Youth and Sports Ministry of Venezuela is “aware of the importance, for the full life and development of South American soccer, for Copa América 2021 to take place as usual. For this reason, we are offering our stadiums as alternative venues for the matches of the group to which our team belongs.”

The letter emphasized that the main aim of the gesture is to provide collaboration and social and sports solidarity to Venezuela’s sister nations. Hence, the Sports Ministry has assured that all matches will take place with strict observation of all the necessary precautions for COVID-19, such as physical distancing and hygiene protocol.

Maldonado added that, relying on the experience of international sports events that have been held during the pandemic, prior PCR tests will be carried out on all participants. This has been a standard measure in international football events like the qualifying rounds for Qatar World Cup 2022, the Copa Libertadores, the South American Cup and the Venezuelan Football League.

Venezuela offered to become a host after CONMEBOL ruled out the bid of Colombia, which was to host the Cup together with Argentina. The announcement came after the government of Iván Duque asked to postpone the soccer tournament due to the COVID-19 pandemic. However, in all fairness, in addition to the health crisis, Colombia has been experiencing a wave of strong protests since April 28, which has left more than 40 victims of police brutality in that country. 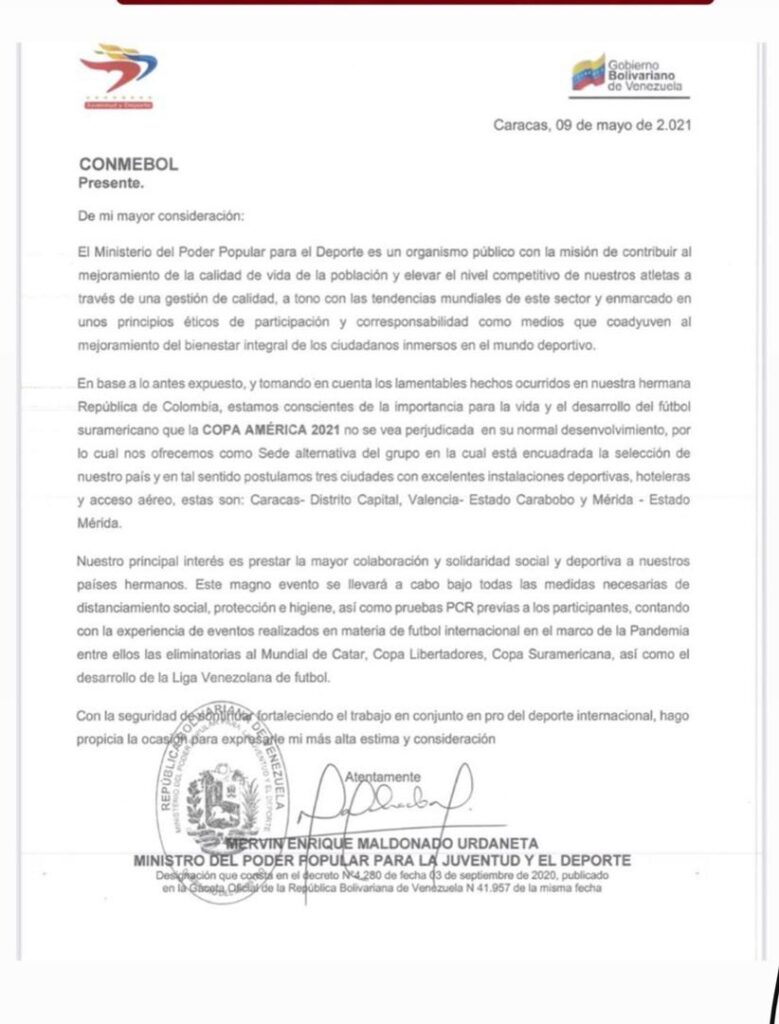 RELATED CONTENT: Inflation in Venezuela at 24.6% in April, 10% Below April 2020 (Venezuelan Central Bank)

Argentina, Ecuador and Chile have likewise stated their intention to host the Cup. Argentina could well function as the sole venue for the whole tournament; however, the country has conditioned its offer. Argentina wants CONMEBOL to guarantee full compliance with strict COVID-19 health protocols, as the nation is now facing a strong second wave of infections.

Chile and Ecuador have also expressed their intention to host the tournament that is scheduled to take place from June 13 to July 10.

Ecuador had sent a letter to CONMEBOL before Colombia had been ruled out, although this country is to be the host for Copa América 2024.

Although Chile has not yet sent a formal request, that nation remains attentive to whether or not Argentina will be designated as the sole venue for the event. 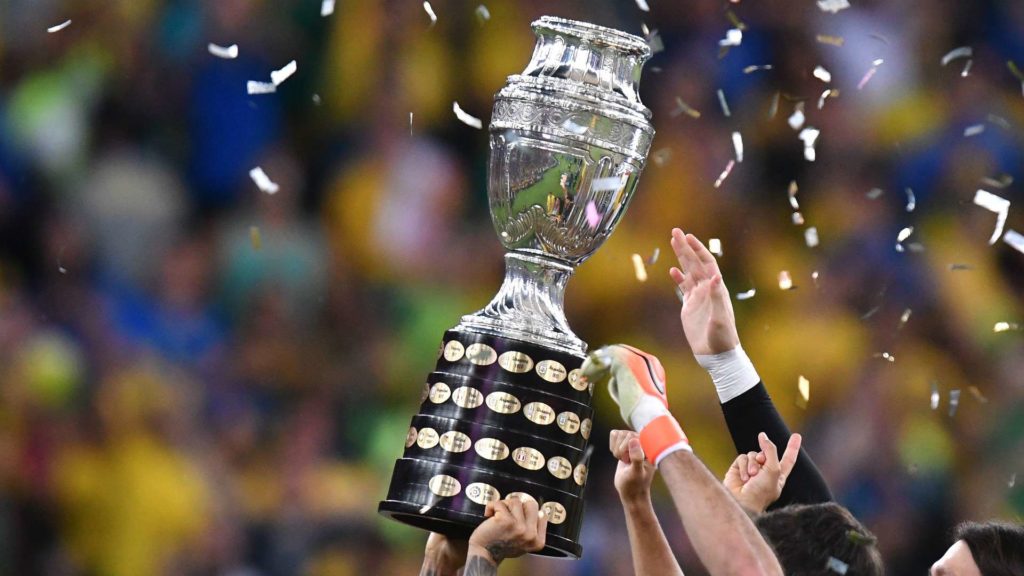