Featured image: General Garcia Carneiro talking to the Chavista mass of people that went to Fuerte Tiuna in Caracas demanding the return of Hugo Chavez during the 2002 coup d'etat. File photo.

The governor of the state of La Guaira, Jorge Luis García Carneiro, passed away on the morning of this Saturday, May 22. He was 69 years old.

”We regret to report the departure of our Governor of La Guaira, General García Carneiro,” wrote Delcy Rodríguez, executive vice president of Venezuela, on her Twitter account.

Communicating the sad news, she described García Carneiro as a ”patriotic, loyal, brave and indispensable soldier.” She also sent condolences to his wife, María del Valle, his children, and the people of La Guaira. ”Venezuela has lost a distinguished son. Fly high general in chief,” she added.

A statement released by the United Socialist Party of Venezuela (PSUV) – La Guaira informs that the cause of his death was a ”sudden heart attack.”

Farewell
Immediately a shower of messages began, and the word Governor became a trend on the internet. The Strategic Operational Commander of the Bolivarian National Armed Forces (CEOFANB), Admiral Remigio Ceballos Ichaso, was one of the first to express his condolences. ”We deeply regret the departure of our noble and patriotic General Jorge García Carneiro,” wrote the official on Twitter. ”He was an example of the struggle for peace and wellbeing of the people. Peace to his soul and heartfelt words of condolences to his family and to the glorious people of La Guaira, exalted by him.”

The governor of Carabobo state, Rafael Lacava, also expressed his sorrow. He wrote that ”a great patriot, a great soldier and above all a great human being, who always wanted to help with his experiences of government without pettiness, has left us.” ”He was the best governor this country had,” he added.

The Minister for Culture, Ernesto Villegas Poljak, recalled that ”this son from El Valle [Caracas] was part of the contemporary history of Venezuela… He has left his mark in La Guaira and in the hearts of the people. Honor and glory to him!”

A successful Governor
Last Thursday, La Guaira hosted a presidential activity with the working class led by the President of the Republic, Nicolás Maduro. García Carneiro was present as the authority of the central entity and a political leader of the Bolivarian Revolution. The president said in his speech that the Caracas-La Guaira highway was impeccable and so was the state of La Guaira in general. He also asked the governor to activate tourist stops that would make it possible to boost the local economy. Then, in a humorous way, the president said, ”You don’t make me a cocoon because we are making Caracas beautiful, patriotic and safe to receive our Liberator in the Bicentennial of Carabobo.” 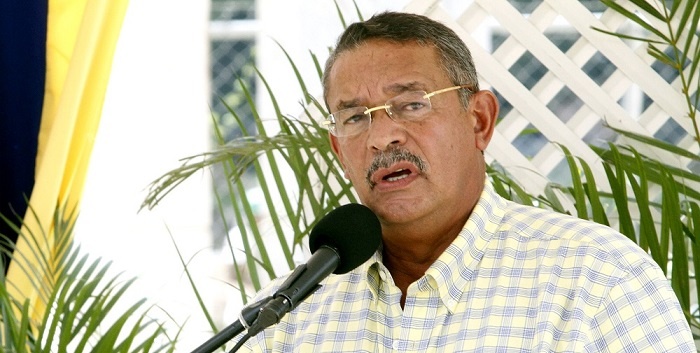 García Carneiro was always recognized, by supporters and opponents alike, as an efficient and dedicated leader. A determined man, always loyal to revolutionary values, a 24/7 worker, never disconnected from the communities. He was elected governor for the first time in 2008 and always got reelected in subsequent constitutional terms without interruption. Previously, he was Minister of Defense and Social Development and Popular Participation in the administration of Commander Hugo Chávez. He was a long-time member of the United Socialist Party of Venezuela (PSUV). After the 2002 coup, he was one of the front-line promoters of the civic-military union as a revolutionary doctrine to guarantee the peace of the nation and the defense of sovereignty.