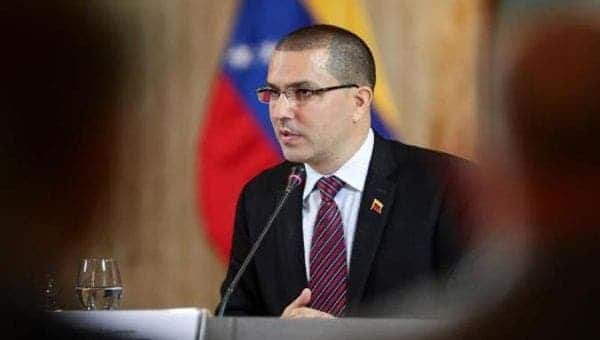 Venezuelan authorities pointed out that the Trump administration seeks to hinder the democratic course of the country through discrediting campaigns.

“We denounce the U.S. government’s coercive measures which were imposed to affect projects in favor of the Venezuelan people ahead of the parliamentary elections,” Arreaza tweeted.

On Monday, the U.S. Treasury Department blocked all property and assets of CEIEC or any entity in which that company has an over 50 percent interest.

Under the pretext that CEIEC supports President Nicolas Maduro’s government in restricting dissidence on the internet, Washington also banned all financial transactions between the Chinese company and individuals and entities in the United States.

The sanctions were announced a week before the parliamentary elections, which are scheduled for December 6. According to Venezuela’s authorities, the U.S. seeks to hinder the democratic course of the country through unilateral measures and discrediting campaigns.

“The ‘elite’ that defends freedom of expression and commerce is now attacking the companies that serve Venezuela. Its purpose is inhumane since coercive measures only harm the Venezuelan people,” the government stated.

The CEIEC gives software support and training to the state-owned company National Anonymous Telephone Company of Venezuela (CANTV), the main internet service provider in the country.