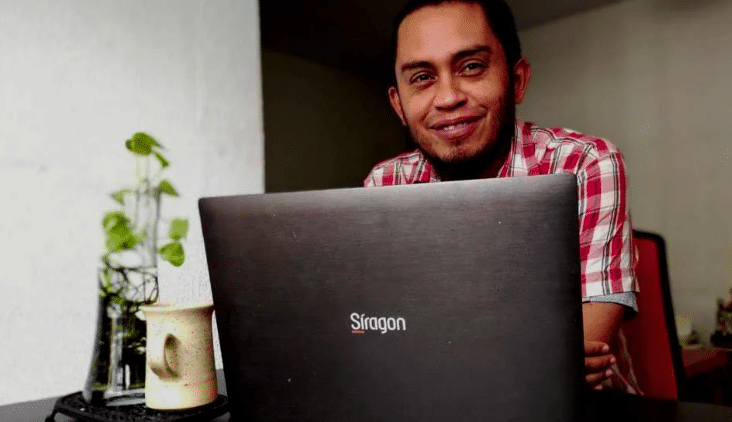 If the secret objective of the hawks of the Trump Administration, when applying an oil embargo to Venezuela, was to place a government in Caracas that would make an adjustment as harsh as those of Milton Friedman’s Latin American cookbook, they have succeeded. But a regime change has not been necessary.

As explained in this interview by the former Minister of Productive Economy during Nicolás Maduro’s first term, Luis Salas, a classic orthodox adjustment has been adopted in Venezuela: a brutal contraction of the Venezuelan monetary supply—bolivars in circulation—of 99.9 percent in only the last years. The monthly minimum wage has fallen from $500 to just two dollars. Similarly, the new Anti-Blockade Law will give the green light to privatizations without parliamentary control or constitutional legitimacy. It is a real shock therapy. “Nobody has adopted an orthodoxy as strictly as Venezuela; not out of conviction but to survive in a framework of permanent aggression,” says Salas.

After a loss of 74 percent of GDP, is there a recovery scenario?

Historically, the Venezuelan economy has a lot of vitality. In 2012 we had growth much higher than the world average. Since Chávez’s death we have experienced years of political confrontation and falls in the price and production of oil. The blockade has become a burden that further complicates the crisis. But the rebounds are usually strong in Venezuela. After the attempted coup in 2002 and the oil strike, the country recovered in 2004 and GDP grew by 18 percent in a single year.

What should be done to get back on the growth path?

Basically three things: deactivate the political conflict, lift the blockade and then start a process of recovery from the destruction, like Europe after the Second World War. You have to start with the oil and energy sector. We have an electricity sector whose capacity is less than half of what was necessary to achieve growth in 2012.

RELATED CONTENT: How Venezuela has Held Back COVID-19 in Spite of the US Sanctions Stranglehold on its Economy

We are no longer in times of oil bonanza. Is it possible to recover with the current oil price?

Yes. There is a kind of myth that everything that was achieved in Chávez’s time was the consequence of the oil price being above $100 USD/barrel. But it was not like that. During all the years that Chávez ruled, the average price of a barrel was $50. More or less the same as now. Venezuela is used to fluctuations in the price of oil. The key issue is not price, but the level of oil production, which is now as low as it was in the 1930s, almost a century ago.

The drop in production started before US sanctions. Why?

My experience in the government, although it was very brief, is that in the early years of Nicolás Maduro an attempt was made to implement an internal stabilization policy, but avoiding external economic problems. That is why the external debt continued to be paid despite the costs. Venezuela paid $80 billion annually in interest on foreign debt between 2013 and 2015. Venezuela did not fall into external default, but it did fall into internal default. There was little money to invest in the country itself, in the oil sector. Then there are things attributable to poor management. Officials who did not have experience, the exodus of qualified labor in strategic industries such as oil itself or electricity, attributable to the drop in wages… A worker specialized in the oil sector in 2012 could earn $4,000 or $5,000 dollars per month. Today they barely reach 200 dollars.

What was the origin of the hyperinflation that the country suffers?

Venezuela has always had high inflation rates. In the 1980s, prices rose 50 percent annually. Under Chávez, inflation fell to 25 percent a year on average. I believe that the origin of the strong rise that occurred after 2013 was speculative attacks against the Venezuelan currency. And then inflationary expectations triggered hyperinflation, as it always does.

How do you assess the adjustment made by the Government to combat precisely this inflation?

In 2018, there was a turnaround and they began to talk about reducing the fiscal deficit to combat inflation and stabilize the exchange rate. And that crushed bank credit. In other words, a classical monetarist approach was adopted, as in many Latin American economies in the 1990s. It was not far from what Mauricio Macri did in Argentina. Nobody has adopted an orthodoxy as strictly as Venezuela; not out of conviction, but to survive in a framework of permanent confrontation. A policy of shock. At this moment, all the circulating banknotes in Venezuela only have a value of $1 million. If you count electronic money as well, $350 million. That is to say, that Barça, with the  termination clause of Leo Messi’s contract could dollarize the entire Venezuelan economy and he would still have about $200 million.

Has it worked to control hyperinflation?

The Government has managed to lower inflation from 100 percent per month to 40 percent per month, but the cost is very high. We have a paralyzed economy with very large inequality. Additionally, we had a widespread power blackout in 2019 that lasted almost six months. Then came COVID-19 and the quarantine. All in the midst of this policy of monetary shock. I believe that people have stopped leaving the country because of the fear of contagion abroad.

Does dollarization compensate for the contraction of the money supply in bolivars?

No. Because this is not dollarization, but debolivarization. And we have an even tougher adjustment for the precarious amount of dollars available. 30 percent of people already sell services for which they are paid in dollars. Now you pay in dollars. Street vendors in the subway are already yelling, “Chocolates, for one dollar!”

Who are the ones who can pay in dollars?

There are people who have always had dollars, because they are rich. Or those with ties to Miami. We have a remarkable luxury consumer niche. Then there are the people close to the government, who receive income in dollars, that way. Then there are the dollars that come from corruption, illegal activities, smuggling… And many people provide services abroad, they charge online. Also remittances from emigrants, but these have been strongly affected by the outbreak of COVID-19.

Was there an alternative given the blockade and the political conflict?

The anti-blockade law seems to appeal more to the opposition than to the Chavistas themselves.