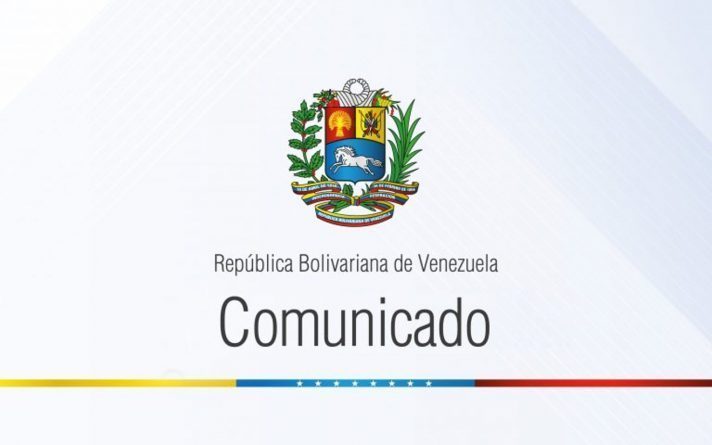 Through a statement, the Bolivarian Republic of Venezuela repudiated on Thursday, categorically, the accusations raised, in relation to the respect for human rights, coming from the government of the United States.

Venezuela highlights that the United States Government acts with cynicism, taking into account that, even though it is the greatest violator of human rights in the history of mankind, it allows itself to make accusations against the Venezuelan State, about cases in which the system of justice has acted immediately, with diligence and firmness, to punish anyone responsible for any wrongdoing during investigations on the new coup d’etat and assassination attempt unveiled last week.

The Bolivarian Republic of Venezuela asserts to the International Community its constitutional character as a State under the rule of law, justice, democracy and social wellbeing, that advocates, with the highest values of its legal order, for the preeminence of human rights, whose enjoyment and protection are guaranteed, in accordance with progressivity and non-discrimination of any kind, through a robust institutional framework.

In incorporating the defense of human rights as a State policy, the Bolivarian Revolution broke with Venezuelan history on this issue. Left behind were the decades in which the violation of the fundamental rights of the people was the rule, endorsed by the authorities at the time and controlled by the Intelligence Agency of the United States. It is no secret that Venezuelan police intelligence services were directed by sinister, self-confessed CIA agents, like the terrorist Luis Posada Carriles, who is renowned for implementing dreadful techniques for torture and persecution. Not surprisingly, it was during the false Venezuelan democracy of the latter half of the 20th century that the practice of disappeared politicians arose, one which was routinely applied later during the dictatorships of the Southern Cone through Plan Condor.

In this regard, Venezuela categorically rejects the accusations made against the country with reference to respect for human rights, particularly from the imperialist Government of the United States, which is so cynical that, despite having become the greatest violator of human rights in the history of humanity, by causing bloody wars over natural resources, imposing inhumane economic blockades, employing methods of torture within and outside its territory, treating migrants in a degrading manner, including by separating families and caging youths, among the other innumerable offences to human dignity throughout the entire world, it makes declarations against the Venezuelan State about cases that the judicial system has acted on in an immediate manner, with diligence and resolve, to punish with the full weight of the law any person found responsible as the investigation develops.

Similarly questioning must be applied to governments that today raise their voice against Venezuela, while affirming their condition as satellites of the United States and in keeping shamefully silent when the facts demonstrate that the current head of the Central Intelligence Agency was a member of the group of U.S. prosecutors responsible for torturing detained combatants in black sites, often in U.S. territory. Some of these governments also contribute to the unbridled persecution of honorable human rights defenders like Julian Assange, Chelsea Manning and other peace activists who denounced serious war crimes that the peoples of the world have a right to know about.

The Government of the Bolivarian Republic of Venezuela, with the certainty that the truth will prevail and justice will be imposed, denounces these actions as interference whose sole objective is to create new narratives in public opinion to threaten the peace and stability of the country. Nobody and nothing will prevent Venezuela from deepening its democratic model, which will always be based on the intersectional nature of policies for the protection, guarantee and defense of the human rights of its people.