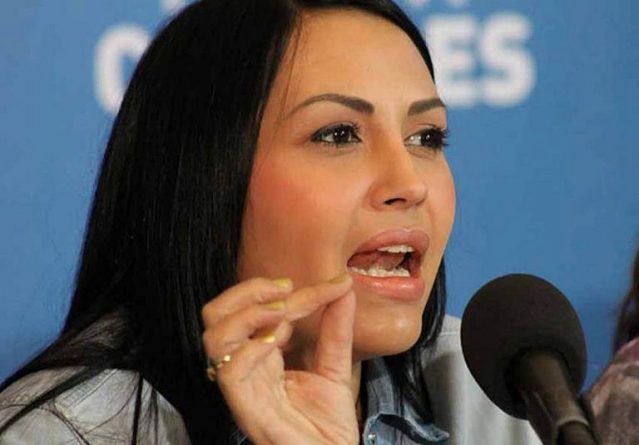 The first vice president of the United Socialist Party of Venezuela (PSUV), Diosdado Cabello, denounced one of those involved in the coup d’état on April 30 promoted by violent sectors of the right, who responds to the name of José González León, and had orders to assassinate the protector of the state Táchira and member of the National Directorate of the red awning, Freddy Bernal.

In a video released on his program Con el Mazo Dando, aired by Venezolana de Televisión (VTV), González, who was recently recaptured by Venezuelan authorities, indicated that he had also been hired to kill citizen Valentín Santana, from Barrio 23 de Enero of Caracas.

Gonzalez, who is also known under the alias of Bola Ocho, also confessed that he was contacted by the deputies to the National Assembly in contempt, Renzo Prieto (Popular Will) and Delsa Solórzano, who offered him $ 10,000 for each one.

“They hired me to start participating against the Venezuelan government. I met Mr. Renzo Prieto at the SEBIN facilities, at the time when I was deprived of my liberty. After that, outside, they made me a proposal, Mrs. Delsa Solorzano, and Mr. Renzo Prieto, they proposed I get someone or, if I wanted to take the job, to assassinate Major Freddy Bernal and Mr. Valentin Santana. A sniper was going to be hired to liquidate them,” Gonzalez acknowledged.

During the statement, “Bola Ocho” detailed that a day before the coup d’état promoted by Voluntad Popular on a Caracas highway, they contacted him and informed him that the fugitive from justice Leopoldo López, Juan Guaidó, María Corina Machado, Renzo Prieto, Delsa Solorzano, Ramon Flores and Wilmer Azuaje, planned to assault the administration by force and that these plans had the support of the United States (USA).

He said that after showing him some photographic images of his face, the deputy Renzo Prieto, who is banned from leaving the country, instructed him to go to Colombia, to meet with the military deserters who are in that country since last February 22. For this, González León explained, the parliamentarian gave him 250,000 bolivars for travel expenses.

During the migration process, he explained, he was received by the representative of Guaidó in Colombia, Humberto Calderón Berti, who put him in contact with Diego Villamizar, right-hand man of Álvaro Uribe Vélez and one of the members of Colombian Army Intelligence.

According to the declarations of the person involved, the plan was to supply Venezuelan arms to the military that were in Colombia, as well as to paramilitaries to intervene in the country, taking San Antonio del Táchira as the first attack zone.

In this regard, Diosdado Cabello said that González had declared that “he was a sniper trained in Israel” and the meetings were held in the Apostolic Nunciature.

On June 26, the National Government revealed a new attempt at a coup d’état, to be carried out between June 23 and 24 and aimed at attacking the life of the Venezuelan Head of State and several members of the Government. These violent plans denounced by the sectoral vice-president for Communication, Culture and Tourism, Jorge Rodríguez, were financed by the governments of Colombia and Chile, as well as with the participation of retired members of the FANB.

This is what Freddy Bernal answered in this regard: