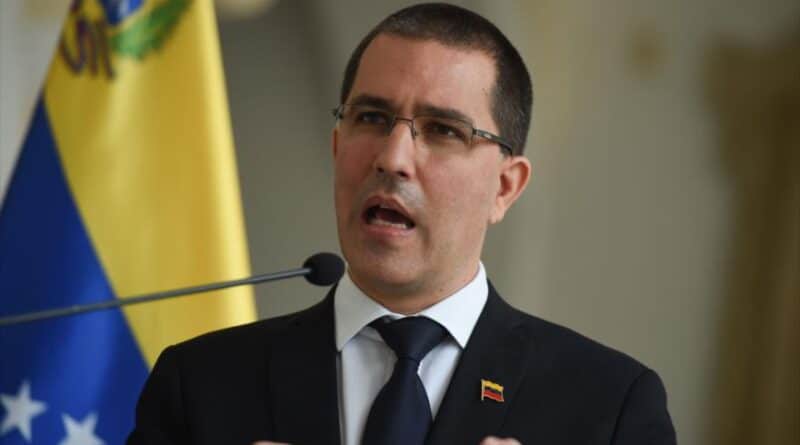 The Venezuelan Chancellor responded in strong terms to his Spanish counterpart for saying that they will not recognize the results of the elections in Venezuela due to the lack of democratic conditions.

“Colonialist nostalgia reaches such an extreme that they even pretend to proclaim themselves electoral authorities and replace constitutional institutions,” Venezuelan Foreign Affairs Minister Jorge Arreaza declared this Tuesday in a message on his Twitter account.

The highest representative of Venezuelan Diplomacy has also assured that “in Venezuela there will be elections on December 6 and the people will democratically elect their new National Assembly (AN).”

Arreaza’s statements have come after the Spanish Minister of Foreign Affairs Arancha González Laya, according to Venezuelan media, in a new attempt to interfere in the sovereignty and self-determination of the South American nation, announced that Spain will not recognize the results of the upcoming parliamentary elections.

The Spanish diplomat mentioned on Monday the “lack of conditions for the elections in Venezuela” and pointed out that “what we have done has been to reiterate the commitment that the European Union [EU] has to promote this facilitation so that elections can take place in democratic conditions, and if these democratic conditions are not met, we will not be able to recognize the results of these elections.”

The Europeans have not make public what those democratic conditions are, but they talk about them on a daily basis without mentioning several diplomatic and political gestures taken by the Venezuelan authorities to build bridges with the Europeans. In recent days they just say that the elections have to be postponed.

“It seems to me that the Europeans just want Chavismo to announce they’re not going to run in the Parliamentary Elections, in order to give their ‘blessing,’ or maybe they are just proposing a postponement to synchronize their timing with a possible US military operation against Venezuela; they think we are stupid or something, a typical white European supremacist way of thinking,” an international affairs expert said to Orinoco Tribune.”

In this regard, Arreaza has expressed that these comments correspond specifically to monarchies, such as that of Spain, who seek to impose their opinion about democracy on sovereign countries when the leaders of those States have a king, and don’t recognize the popular vote.

The Government of Venezuelan President Nicolás Maduro has made clear that, despite the pressure against him the National Electoral Council (CNE) is perfectly capable of “organizing, managing, and guaranteeing the exercise of democracy” in the next elections.

In the parliamentary elections of December 6, according to the data provided by the CNE authorities, 14,400 candidates from 107 parties -the large majority of them from the opposition- will participate to bring together a new NA, as established by the Constitution.