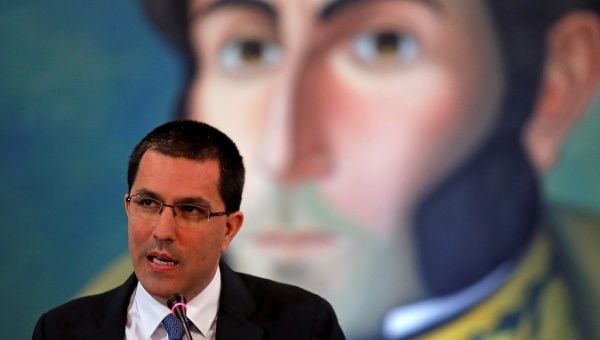 28/Apr/2019.-Duque said an attack in the Colombian city of Saravena was planned by the ELN from Venezuelan soil and with government protection.

Duque said an attack in the Colombian city of Saravena was planned by the ELN from Venezuelan soil and with government protection, to which Arreaza responded that it is in Colombia where violent groups have been born and operating for decades.

RELATED CONTENT: In What Countries do the Suspects of the Electrical Sabotage Hide?

The government points out to the case of burning of the U.S. “humanitarian aid” on the Colombian-Venezuelan border that was blamed on the Venezuelan government but later turned out to have been done by anti-government protesters on the Colombian side of the border with the complicit protection of Colombian authorities, as was revealed by teleSUR and later by the New York Times.

Duque’s comments come just days after his government faced first national strike against his government and its policies which strikers say have not stopped the murders of social leaders or the lack of protection in rural areas.