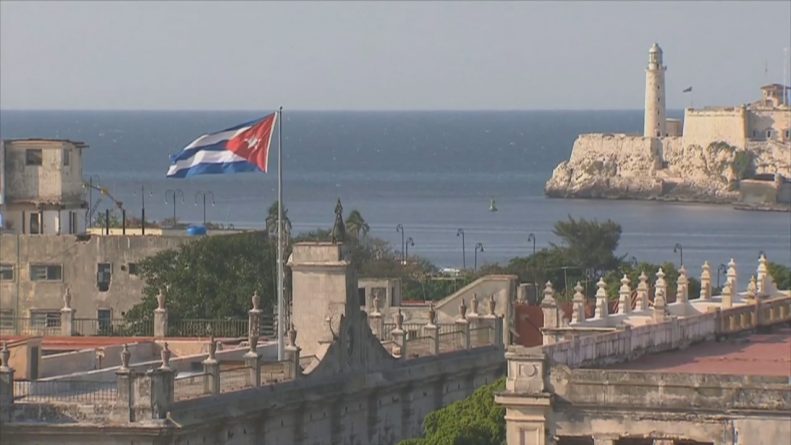 Both countries have not officially sat down to talk in almost a year.

General Director for U.S. Affairs Carlos Fernandez de Cossio told Local 10 News it is difficult to say what can stop the downhill spiral in the relationship, which has taken a turn for the worse since President Donald Trump took office.

The two countries currently have 20 bilateral agreements in place — the result of a renewed relationship that flourished in December 2014 under then-President Barack Obama.

RELATED CONTENT: Ten Questions and Answers About the Helms-Burton Law

“They’re not all being implemented,” Fernandez de Cossio said the agreements that include issues such as search and rescue, law enforcement, migration and property claims.

“We are ready for a dialogue but that has not occurred,” said Fernandez de Cossio, who added both countries have not officially sat down to talk since last summer.

On the hot-button issue of property claims, he confirmed they have only met twice.

On April 17, Secretary of State Mike Pompeo announced the Trump administration will allow the implementation of Title III in the Helms-Burton Act.

The portion of the law, which had been suspended since its inception in 1996, allows lawsuits against foreign companies doing business in properties seized from Americans after the island’s 1959 revolution. Implementation of Title III is seen as a way to punish Cuba for allegedly meddling in Venezuela’s internal affairs.

“There has not been a willingness for us to sit down and talk formally as two countries should do,” Fernandez de Cossio said.

Of Title III, he added, the “measures will have an impact on harming the economy; to what extent, it is difficult to say.”

The Cuban government has been publicly defiant on the new sanctions, which also include limits on remittances and new restrictions on American travel.

“What they will not achieve is political concessions from the government of Cuba nor will they lead to the type of social unrest or the overthrow of the government or regime change,” Fernandez de Cossio said.

In a statement, European Union foreign policy chief Federica Mogherini and Canadian Foreign Minister Chrystia Freeland called the decision to remove the longstanding waivers “regrettable” and said it “can only lead to an unnecessary spiral of legal actions.”

In Spain, which has large investments in hotels and other tourism-related ventures on the island, a senior government official said Madrid would ask the EU to mount a challenge at the World Trade Organization.

“The extraterritorial application of the U.S. embargo is illegal and violates international law,” said Alberto Navarro, EU ambassador to Cuba.

“We are concerned that it might scare away some investors but foreign investment will not come to an end,” said Fernandez de Cossio, who reminded those seeking claims under Title III that under Cuban law they would excluded from future settlements.

The issue of alleged health attacks against American embassy workers has created a deeper divide in the relationship.

He added the U.S. government has admitted they have no evidence the incidents happened. The State Department has confirmed 26 cases. The Canadian government also reported some of its workers were affected.

When Pompeo announced the implementation of Title III, he reminded the media that Cuba continues to be an oppressive states where 2,800 arbitrary arrests took place in 2018.

“It is not true and he knows it,” Fernandez de Cossio said.

But in its 2019 world report, Human Rights Watch said the “Cuban government continues to repress and punish dissent and public criticism. The number of short-term arbitrary arrests of human rights defenders, independent journalists, and others was significantly less in 2018 than in 2017, but still remained high, with more than 2,000 reports of arbitrary detentions.”

Last week, the Committee to Protect Journalists urged the Cuban government to release Roberto Jesus Quinones, an independent journalist who was allegedly arrested and beaten.

He didn’t challenge the recent arrests and said they could have occurred, but Fernandez de Cossio called the issue of human rights U.S. propaganda “used to try to discredit Cuba, to justify a policy of aggression and policy of hostility against our country.”

“There is no systematic persecution of journalists or independent people of thinking and people are not arrested by the way they think in Cuba,” Fernandez de Cossio said.

On the issue of Cuban-American travel to the island, Fernandez de Cossio said his government is trying to ease and or diminish travel requirements, which many Cuban-Americans consider pricey and bureaucratic.

Fernandez de Cossio asserted the majority of Cuban-Americans and Americans want better relations with Cuba and Cuba wants a better relationship with the United States, but when asked about the future of U.S.-Cuba relations, he said it is difficult to say what will happen.